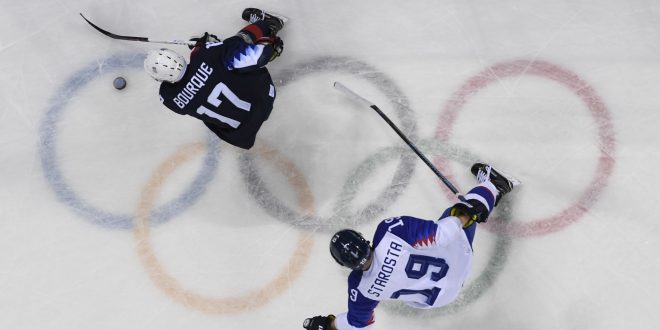 Meanwhile, the U.S. Women’s Hockey team seeks to end Canada’s 16-year claim of the Olympic gold medal when they face each other for the championship on Thursday (Wednesday 11:10 p.m. EST on NBC Sports Network).

Women’s hockey was featured in the Olympics as a sport for the first time in the 1998  Winter Olympics in Nagano, Japan. Leading up to the event, Canada was the favored team to take home the gold, as they were dominating in every competition. However, the U.S. team was able to shock Canada and the world and secured the gold medal. As a result, Canada has taken home the gold.

The U.S. Women's Team will face Canada for GOLD Wednesday at 11:10pmET on @NBCSN. #GoTeamUSA pic.twitter.com/Ux0lYxo6Vm

For the men, Team USA will face the Czech Republic in the quarterfinals tomorrow Feb. 21 at 12:10 p.m. local time. (Feb. 20 at 10:10 p.m. EST). Head coach for the USA Olympics Men’s Ice Hockey team, Tony Granato, believes his team has a solid chance to advance from the quarterfinals.

FINAL | @DonatoRyan scores twice & @troyterry1997 picks up three assists to lead the U.S. Men's Team past Slovakia and into the quarterfinals! #GoTeamUSA

@sophialafrance
Previous Gator Football to Start Spring Training
Next P.K. Yonge to face University Christian for a chance at the State Semifinals