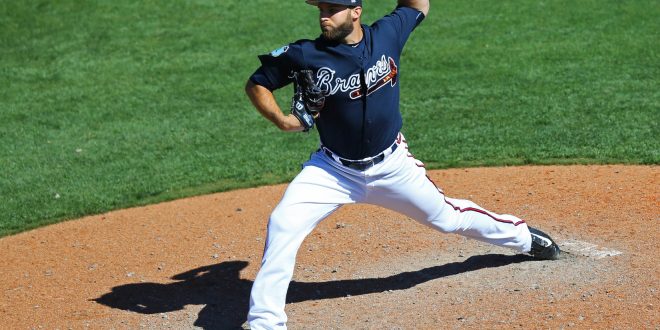 All you have to say is the word Omaha and any baseball fan knows exactly what you’re talking about. Former Gator baseball pitcher, Paco Rodriguez, became quite familiar with the Nebraska town during his time at Florida. Now, he is back in Gainesville helping the current team in anyway he can.

Rodriguez started at UF in 2010 and he helped get the Gators to Omaha all three years he wore orange and blue. His final season as a Gator was in 2012 and the team made it to the championship series for only the second time in school history. The Gamecocks ultimately won the series 2-0.

What came next for Rodriguez had never happened to any Gator before. He was drafted in the second round of the 2012 MLB draft by the Los Angeles Dodgers.  Rodriguez spent only two months in spring training before being moved up to the big leagues.

Rodriguez’s time in the MLB

Players from Florida getting drafted was not a strange thing. But players from Florida getting to the big leagues in 62 short days absolutely was. Rodriguez says he owes his success of getting to the bigs so fast entirely to the Gator coaching staff. Coming in as a freshman, he didn’t understand why the coaches would raise their voices and harp on the small things so much. Looking back, he says everything his Gator coaches said and did made going into spring training easy for him.

Rodriguez pitched for the Dodgers for three seasons and has an MLB career ERA of a 2.53. Everything was going in his favor until spring training of 2015. Rodriguez started to feel pain in his elbow while throwing a bullpen but due to it being spring training, he was able to take time to rest it. He came back from it and was able to pitch through the first month and a half of the 2015 season.

But them in a game against Colorado, things started to go south. Rodriguez felt the same elbow pain and this time he didn’t have the time to rest. He ultimately had to battle through the injury and eventually go through Tommy John surgery and rehab.

Flash forward a few years, Rodriguez’s life has kind of come full circle. Last season, head Gator coach, Kevin O’Sullivan, had Rodriguez over to his house for dinner and offered Rodriguez to travel with the team to Omaha while he was still working out and rehabbing his arm. Sully wanted Rodriguez to be there to be that fresh voice to the players since he had gone through the process before. Of course, Rodriguez quickly jumped on the opportunity.

Last seasons’ Gator team in Omaha wasn’t just good. They were record-breaking, winning the programs first-ever national title. Through every single game of the world series, Rodriguez was right there with the Gators. Whether it was cheering as a fan, running behind the pitchers out to the bullpen, talking them up or just offering advice, Rodriguez enjoyed the world series journey just as much as the players.

After the 2015 MLB season, Rodriguez was bounced around a few teams. While he enjoyed his time in LA before being picked up by Atlanta and Baltimore, he understands the business side of professional baseball. As of November, Rodriguez is now a free agent hoping to be picked up by someone soon. He recognizes the fact that baseball season is long and that players constantly hear the same things over and over again. From Rodriguez’s time as a Gator and a big leaguer, he understands that players want to hear a new voice every so often. He hopes that he can now act as that new voice to this years’ Gator team and teach them to really enjoy themselves.