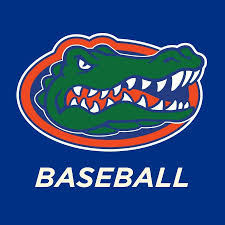 The last time the Gators and Wildcats faced off was in last years NCAA Regional final. Bethune Cookman beat Florida in the first of two games, snapping a 31-game losing streak to the Gators.

In the winner take all game, UF defeated the Wildcats thanks to Austin Langworthy throwing four innings of one-run ball. He later hit a three-run home run in the sixth inning, giving the Gators the lead for good.

Eight months after the game that sent Florida to the NCAA Super Regional, Bethune Cookman hasn’t had much success to start the 2018 season.

The Wildcats have started the season 1-3 after dropping two of their first three games of the season to Mercer and losing their home opener last night to Jacksonville University.

Florida, on the other hand, has flourished in their first four games of the season. The Gators have scored a combined 42 runs in their first four contest. Their pitching has been just as good, allowing six runs in four ballgames en route to a 4-0 start.

Last night against FAU, Freshman pitcher Jack Leftwich looked great in his first start as a Gator. The Orlando, Florida native gave up one run in 4.1 innings of work.

Tonight, Head coach Kevin O’Sullivan is trotting out another highly touted rookie in Jordan Butler.  Butler was drafted in the 34th round of the 2017 MLB Draft before electing to go to UF.

It will be his second appearance of the season as he threw two scoreless innings against Siena on opening weekend.

Even though Bethune Cookman has started the season 1-3 it is not because of a lack of offense. In every game this season, the Wildcats have scored at least five runs. Wednesday night will provide an early season test for Butler and the rest of the Gators bullpen.

First pitch between Florida and Bethune Cookman is at 6 p.m. at McKethan Stadium. A live stream will be available on SEC Network+ and the radio broadcast can be heard on ESPN 98.1 FM & 850 AM WRUF.