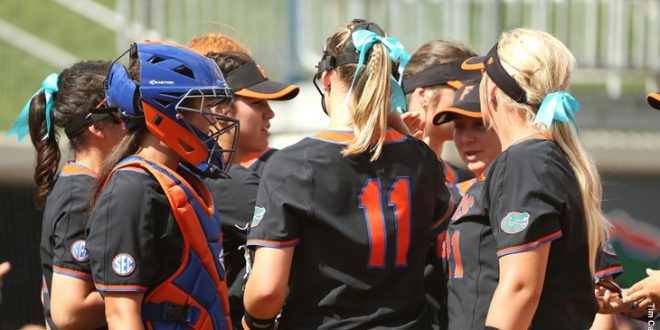 The Florida softball team will compete in five games at the Judi Garman Classic March 1-3 at California State University, Fullerton.

The No. 2 Gators will face Loyola Marymount, Cal State Fullerton, Michigan State, Charlotte and No.8/9 Baylor.

The 16-1 Gators are coming off a 6-0 win at the Aquafina Invitational. The Gators defeated four visiting teams 48-3 in six games at Katie Seashole Pressly Stadium. Additionally, Florida won two home games (16-2) against Oakland earlier in the week.

Lorenz recorded one walk, 10 hits, scored 12 runs and brought in 10 more. That was before her best game on Sunday where she went 3-3 again Georgia Southern. She had a pair of doubles, a home run and five RBI.

Barnhill threw her second no-hitter of the season the day before she recorded her first career Perfect Game. Barnhill (7-0) struck out 44 batters over 22.2 innings. She also earned national recognition. Barnhill was named Louisville Slugger/National Fastpitch Coaches Association (NFCA) Pitcher of the week and USA Softball Co-Player of the Week.

“I am extremely proud of Kelly and the body of work she was able to put together last week. She has been working tirelessly to improve every facet of her game, so to see the results from that work be recognized by the NFCA & USA Softball goes to show how valuable Kelly was to her team last week,” Walton said.

Walton hit a milestone himself. The five-time SEC Coach of the Year hit his 800th career win when the Gators defeated Maryland, 7-2, Friday night. Walton now has a career record of 805 wins over 16 seasons, 13 of which were with the Gators.

But it doesn’t stop there, Walton is now on his way to hitting another milestone: 700 wins at Florida. He currently holds 682 victories while serving as the head coach of the Gators.

Walton said he’s excited for the tournament in California.

Walton said he expects to see a big Gator crowd.

Kate Venezio is a fourth-year telecommunication-news student at the University of Florida. Kate does it all: Behind the camera she captures emotional moments as a photographer for the University of Florida Athletic Association. She's comfortable being in front of the camera, too. Kate interviews players, coaches, fans and family members for pre- and post-game coverage as a beat reporter for ESPN Gainesville/WRUF-FM. In addition, Kate produces the sports segment for the weekly WUFT News program. There, she's responsible for writing the script in its entirety to include production commands. The presentation includes video highlights and interviews taped and edited, and Kate then live anchors the final package on a daily deadline. In addition, she writes stories for wruf.com where she informs sports fans of local, state, and national trending topics. Kate also utilizes social media as a tool to help get the stories in front of viewers.
@@kate_venezio
Previous Chicago Bears To Drop Glennon and Run With Trubisky
Next Broncos Looking to Improve Next Season 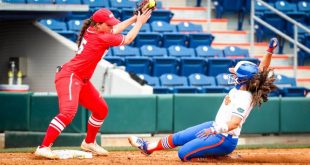