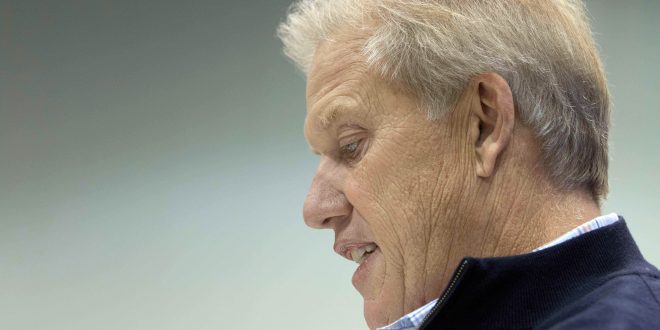 Broncos Looking to Improve Next Season

The Denver Broncos got off to a respectable 3-1 start in 2017. Then, it all came crashing down. They lost their next eight games and ended up with a 5-11 record. Two seasons ago, this team won the Super Bowl. Now, they’ll be picking fifth in the upcoming draft. How did this happen?

It at all starts at the quarterback position, which Broncos general manager John Elway said needs to be improved. Trevor Siemian, Brock Osweiler, and Paxton Lynch combined to throw 19 touchdowns and 22 interceptions. The Broncos were 27th in completion percentage (58.7), 20th in passing yards (3,333) and 31st in passer rating (73.0).

While Denver’s quarterback play was poor all-around, it’s running back play, for the most part, was respectable. CJ Anderson rushed for 1,007 yards and three touchdowns on 4.1 yards per carry. Denver’s running backs combined to place 12th in the NFL in rushing yards per game (115.8). Where the unit really struggled was scoring. The Broncos running back group combined for only eight scores on the ground, which was 25th in the league.

The Broncos are clearly not the same team as they were in the past. However, they still have key pieces, and adding just one or two more key pieces could be enough to turn their franchise around.

“The key thing is our team has to play better this year. We didn’t play well as a team … that’s step No. 1.” – Pres. of Football Ops/GM John Elway pic.twitter.com/rabIPYpZWT