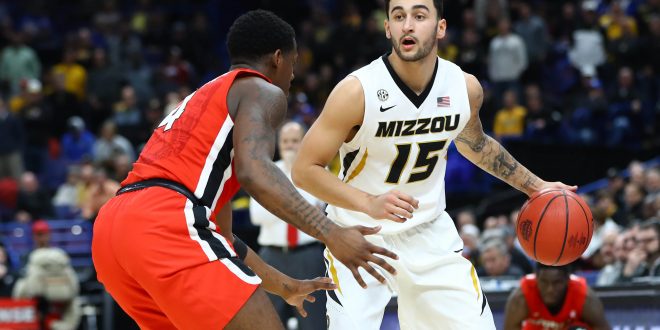 Missouri Men’s Basketball will make its 27th all-time NCAA Tournament appearance on Friday, taking the No. 8 seed in the West Region for First Round action in Nashville, Tennessee.

Head coach Cuonzo Martin has now led three different programs to NCAA Tournament appearances, becoming the 59th head coach to do so after his prior trips with Tennessee (NCAA Sweet 16, 2013-14) and California (NCAA First Round, 2015-16). Martin’s Tigers earned the eighth seed for the third time in program history, holding a 1-2 record from that vantage point

The Tigers have gone 22-26 in its 26 previous appearances at The Big Dance.

Mizzou’s 9.3 three-pointers per game on the season rank second all-time in program history behind the 1999-2000 season’s 9.4 mark. They rank second in the SEC in rebounding defense, holding foes to just 32.6 boards per game and outrebounded its opponents in 21-of-32 games this season.

FSU’s selection into the 2018 NCAA Tournament is one of the most successful tournament appearances for the Seminole men’s basketball program. The Seminoles have now appeared in six of the last 10 tournaments in the last decade.

They enter the tournament with four wins over nationally ranked teams — No. 5 Florida, No. 10 North Carolina, No. 11 Clemson and No. 24 Miami. The Seminoles have six Quadrant 1 wins (home wins over teams ranked in the Top 30 of the RPI, road wins over teams in the Top 75) and only one loss to a team ranked outside the Top 100 (Wake Forest). Only five teams in the country have more Quadrant 1 wins than Florida State.

The Seminoles average 23 wins per season and won a near school-record 26 games in advancing to the 2017 NCAA Tournament.

Join the #Noles at our open practice today inside @BrdgstoneArena
5:40pm CST pic.twitter.com/NmUgZcVGk9