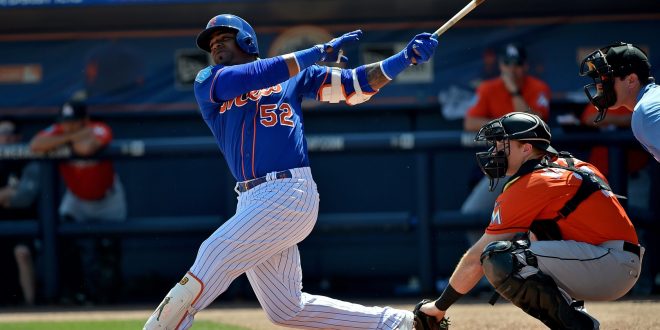 For baseball fans, today is long overdue. Today is Opening Day for the 2018 baseball season. The New York Mets will be hosting the 8th game of the new season against the St. Louis Cardinals.

The Mets haven’t really been the same since their World Series loss to the Kansas City Royals. Since that loss, the Mets have not won a playoff game, but fans are hoping this season will be different.

What would catch your attention looking at their line up, is the Mets first base situation.  36-year-old Adrian Gonzalez will start and is hoping that he can find his old self. He’s not the best choice on the Mets roster but will have to do while Dominic Smith recovers from a quad injury.

Shortstop Amed Rosario is expected to settle down and find himself in the big leagues. But what is clear is his solid defense and quick speed, which is needed to counterbalance the power of the batting lineup.

Tim Tebow is still climbing the ladder trying to make the big league roster. Yesterday the Mets announced Tebow will be in double-A ball with the Binghamton Rumble Ponies. Tebow is currently batting .226 average with 8 home runs, and 52 RBI’s in 126 games.  General Manager Sandy Alderson says Tebow is expected to play in the majors sometime soon but that all depends on his progression in the upcoming season.

Although it is Opening Day and there’s plenty to be excited for, the team and fans are currently mourning the loss of baseball icon Rusty Staub, who passed away of organ failure Thursday morning at 12:30 am.

Staub was known as “Le Grande Orange” because of his orange hair. He played 9 seasons with the Mets and ended his career with 292 HR and 1,466 RBI’s.