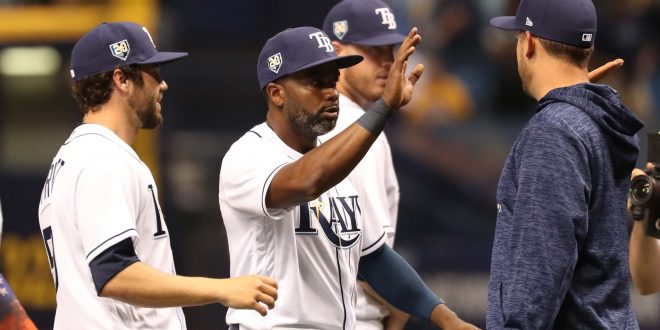 The Tampa Bay Rays and Miami Marlins got off to slow Opening Day starts. While the Rays would come back in dramatic fashion against the Red Sox, the Marlins didn’t do enough to beat the 2016 World Series champion Cubs.

The Red Sox were in control for the majority of the game. Through the first seven innings, the home side was unable to put any runs on the board. Red Sox lefty Chris Sale pitched the first six, allowing one hit and striking out nine. Everything changed when Sale left the mound.

The Rays had a field day in the top of the eighth. With two runs already on the board and the bases loaded, newly acquired veteran Denard Span swatted a bases-clearing triple to right field. That put Tampa Bay on top 5-4, and they would tack on one more run later in the eighth to seal a 6-4 comeback victory.

The Marlins were able to tie things up at four runs apiece in the third inning. However, the Cubs would take control of the game and shut out the Marlins for the remaining six, while tacking on four more runs.

This wasn’t the Marlins’ only loss of the week; Marlins Man has officially cut ties with the club, stating that he would not purchase any Marlins tickets for the first time in 25 years, according to ESPN senior writer Darren Rovell.

The Rays and Marlins both continue their series Friday at 7:10 p.m.