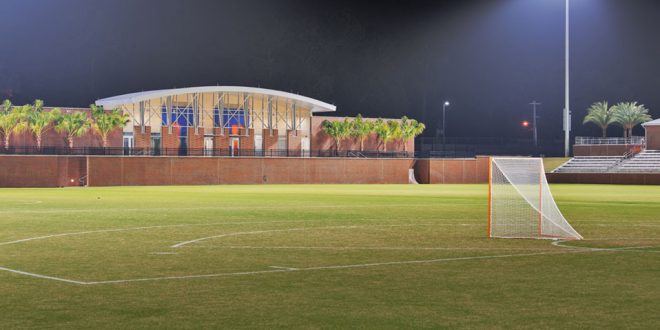 The Florida Gators face off in a BIG EAST matchup against the Temple Owls today at noon in Gainesville. There will be coverage of the game on ESPN 98.1FM/850AM beginning at 11:50.

What to Expect from Temple

Although the Owls are unranked, they have proven they are capable of delivering explosive offensive performances. They have scored 18 goals in two separate game this season, both while on the road. Temple has found a gem in midfielder Maddie Gebert. The sophomore is the team’s leading scorer, no goal more important than her unassisted game-winning shot in overtime versus Cincinnati.

One element that has plagued Temple this year is controlling the ball. They average 17 turnovers per game, peaking with 24 turnovers against Princeton. In order for Temple to be able to compete with the NCAA elite, they must stop shooting themselves in the foot.

The Gators are 3-0 in conference play and sit on top of the BIG EAST and Temple is 2-1 and is tied for 4th. Temple is coming off a tough 16-4 loss to Marquette, while the Gators are coming off a huge 21-8 victory over UConn led by 6 goals from Lindsey Ronbeck as well as 7 combined goals for the Pirreca sisters. The performance earned Ronbeck the conference’s Attacker of the Week award:

This has become the usual headline for Florida this year. Senior Shayna Pirreca has scored 35 goals this year, followed by sister Sydney Pirreca and Ronbeck who both have 26 goals. Although these individual stats rise above the rest, coach O’Leary has established a culture of teamwork in 8 seasons of coaching the Gators. She preaches quality over quantity in shot selection, which may explain how the team accumulated 61 assists and a 48.2% shooting percentage in 11 games.

After finishing 5-2 in March, the Gators now sit at No. 8 in the NCAA Rankings. There isn’t much concern about this team making the tournament. Instead, the focus has shifted to earning a first-round bye. The top 6 teams are granted a bye (out of 26 to make the tournament). From there, they would only need 4 playoff wins to be crowned national champions. However, the Gators need to take the remainder of the season one game at a time. They can start by making a statement today.