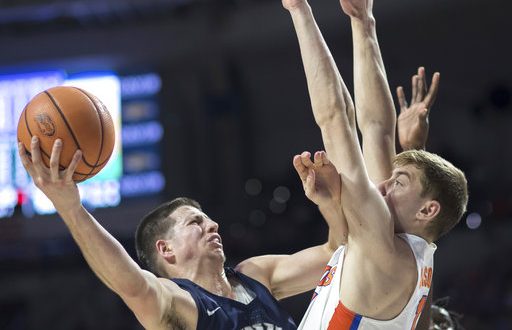 The college basketball season has finally come to the end but for most NCAA athletes, the work has begun. Specifically for rising sophomores Chase Johnson and Isaiah Stokes, who got the first taste of what its like to play at the college level. The preparation for next season starts now.

The freshman guards are already making a difference from the last time you saw them on the court. The six foot eight power forward Isaiah Stokes is already down thirty pounds from the last time you saw him. Coach White says you can even notice a difference in his face. Chase Johnson has neck deep in individual workouts and some players are still recovering for the past season.

What Have We Seen?

Johnson has made four appearances his freshman year and put up 17 points and 2 blocks and steals in 33 minutes of play. In Johnson’s first game, he went 3 for 3 from the 3 point line. The two concussion he received in the season hindered him from more play. Although we’ve only seen a glimpse of Johnson, what we’ve seen is promising.

For Isaiah Stokes, the sky is the limit. He did not play much last season but he had a lot to learn from rising junior Keith Stone. Isaiah Stokes looks to compete for the starting role this offseason and has already started on the path.

Chase Johnson and Isaiah Stokes are among the best class ever recruited under head coach Mike White. Next season the two are looking to play a bigger role for their team.  Mike White just wants to focus on the two being healthy and at their best. White doesn’t want to risk any injuries this early in the offseason but he likes to see the younger guys taking initiative.