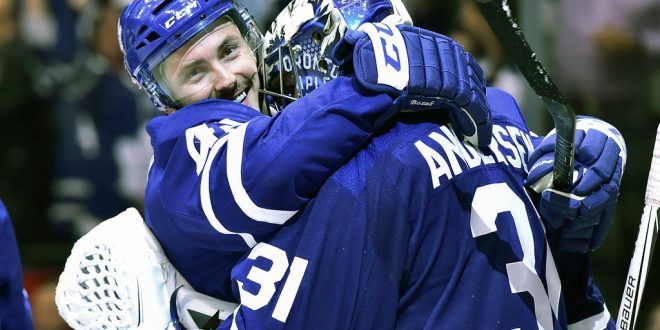 The Boston and Toronto series comes down Game 7

The Toronto Maple Leafs push the Boston Bruins to game 7 in the NHL playoffs.

Maple Leaf goalie Frederik Andersen posted 32 saves during game 6 to help Toronto force Boston into game 7. With just minutes left in the game, Andersen made a game-winning save against Bruins David Krejci’s drive from the left wing circle.

In the beginning, Boston dominated, scoring 12 goals in the first two games of the series. However, during the three games the Maple Leafs won, Anderson made 112 saves while giving up only six goals.

Head coach for the Maple Leafs Mike Babcock said he is proud of his team’s success during a post-game interview. He hopes that the team will create a great memory for a game 7 win.

Who will win Game 7?

With someone like Andersen on their team, Toronto has a solid chance to win the series. He’s quick, focused and locked into Boston’s offensive tactics. A player like Andersen put the Maple Leafs in a great position going into game 7.

However, while the Maple Leafs were able to lock in three wins, Boston has too. Brad Marchand, Patrice Bergeron and David Pastrnak are dominant on the rink for the Bruins, even when they did not win. The three work well together and they have the skills to lead Boston to a series win on Wednesday night.

Head coach for the Boston Bruins Bruce Cassidy said he hopes his team is ready for Wednesday night.

The last time the Bruins and Maple Leafs faced each other during the postseason was in 2013. That series also went to game 7. In that game, Boston made a heroic comeback to make a 5-4 dramatic, overtime victory.

The Boston Bruins will host the Toronto Maple Leafs on Wednesday, April, 25 at 7:30 p.m. 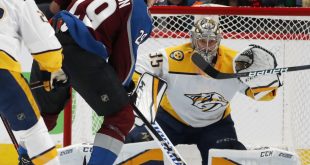 The Colorado Avalanche secured a 5-3 win against the Nashville Predators on Monday night. Let’s …