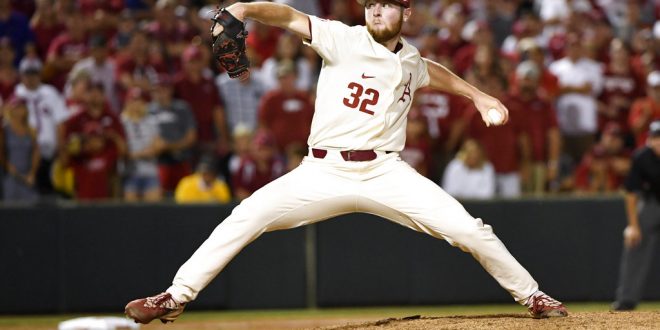 With the weekend seeing plenty of NCAA Regional Tournament action, a few SEC schools would march on to NCAA Super Regionals.

With Auburn winning their Regionals, they will now move on to face the winner of the NCAA Gainesville Regional, which will be either Florida or Florida Atlantic.

Auburn will be with fellow SEC school Arkansas, as the Razorbacks are also Super Regionals-bound. Securing victory against Dallas Baptist, Arkansas will go to the second round for the first time since 2015.

Three down. Two to go.
The #RoadToOmaha runs through BAUM!

The biggest key to victory for Arkansas would be the multi-hit performance of freshman Jared Gates. The first baseman would total four runs for seven hits, while going two-for-two behind the plate. This would be Gates’ seventh multi-hit game of the season, with only his second in the Regionals.

Arkansas is currently playing the waiting game for who and where they will playin NCAA Super Regionals. They will be looking to reach the national championship series, similar to how they did in 2015.

Finally, the Commodores would secure their spot in Super Regionals after defeating the Clemson Tigers.

This performance from Vanderbilt would tie the NCAA Tournament record with nine home runs. Three of those runs would come from infielder Connor Kaiser. The Commodores would secure 20 hits against seven Clemson pitchers in the victory. Kaiser’s performance for Vanderbilt would lead him to receiving the NCAA Regional Most Valuable Player in the victory.

The Commodores are also awaiting to hear their fate for Super Regionals. For more on these SEC teams in NCAA Super Regionals, stick with ESPN 98.1 FM – 850 AM WRUF as updates become available.