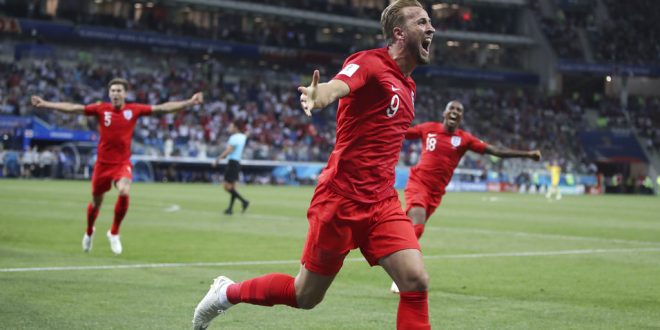 Before the start of the tournament, most people saw England and Belgium as the clear favorites to get out of Group G. Panama and Tunisia do not have the caliber of players or history of winning to make anyone think otherwise.

In the inaugural match of Group G between Belgium and Panama, Belgium put forth an impressive showing, defeating the Central American side 3-0. Manchester United striker Romelu Lukaku bagged a brace, and Napoli talisman Dries Mertens scored one of the goals of the tournament with a sweetly struck volley.

With their serious rivals for the top spot of Group G putting in a quality performance, the pressure was on England to answer.

Here it is: the #ThreeLions line-up for our opening game at the 2018 #WorldCup. pic.twitter.com/FNHUHn2vAk

Gareth Southgate’s choice of England starters answered a few questions that the general public had. Firstly, who was going to start in goal. Southgate chose youngster Jordan Pickford for the starting job over Nick Pope and Jack Butland. This wasn’t a huge surprise, but it was the first time Pickford had played for England in anything other than friendlies.

Secondly, Harry Maguire starting over Gary Cahill and Phil Jones. Although Cahill is much more experienced, he did not have a great year with Chelsea and is often mistake-prone. Phil Jones, on the other hand, while once a mistake-prone player, has turned his reputation around with a solid year for Manchester United. Harry Maguire offers the side a composed defender who can bring the ball out from the back and pick a pass. He possesses far better composure than both Cahill and Jones, which could’ve influenced Southgate’s decision.

Lastly, Henderson starting ahead of Eric Dier. This one was discussed extensively by English fans and media alike. While similar players in the manner in which they play, characterized by calm position moving the ball from a deep-lying position, Southgate may have chosen Henderson over Dier due to his campaign in Europe with Liverpool. Henderson helped his club reach it to the UEFA Champions League Final, where they unfortunately fell to Real Madrid. Despite the loss, Henderson played his part in the Europeans run and likely deserved a place in the starting squad.

This could, of course, be an experimental squad created by Southgate. He may be saving some of his key players for the big match against Belgium which will most likely decide who finishes first and second in the group.

Experimental squad or not, the Three Lions got off to a red-hot start, scoring after just 11 minutes of play. It was the Tottenham Hotspur two-time Premier League Golden Boot winner who broke the tie. Ashley Young whipped in a corner that met the head of John Stones, forcing Tunisian keeper Hassen to make an incredible save. However, unluckily for Hassen and Tunisia, the rebound fell to the feet of Kane. Kane made no mistake, burying his chance and putting England ahead.

What a start for the Three Lions!

Harry Kane taps it home to put England up 1-0 early against Tunisia. pic.twitter.com/vTrhvCGam6

Hassen’s night got worse, as he injured himself during the play and was unfit to continue. Farouk Ben Mustapha came on to replace him.

Despite their strong start to the game, scoring a goal and creating plenty more opportunities, England let Tunisia back into the match in the 35′.  Kyle Walker threw an elbow in the box which connected with the face of one of the Tunisian players. Although it looked incidental, the referee deemed it worthy of a penalty.

Kyle Walker gives away a penalty and Sassi converts to make it 1-1. pic.twitter.com/LKAWUsZEWR

Ferjani Sassi made no mistake from the spot. Although Pickford dove the right way and got a fingertip to it, Sassi’s shot was too well-placed for the Englishman to keep it out.

Harry Kane Wins it at the Death

The 1-1 scoreline remained in tact until extra time. Southgate made offensive substitutions in an attempt to break the deadlock, bringing on Marcus Rashford and Ruben Loftus-Cheek. However, the man to win it for England was the same man who started the scoring.

Captain Kane comes through for England in stoppage time! pic.twitter.com/g27zfflL6e

Similar to his first goal, Kane’s chance came from a corner kick. This time from the right and with Trippier taking it, Maguire won the initial header and nodded it toward a wide open Kane at the back post. Kane headed the chance home, rooting the keeper and beating him at his near post to give England a dramatic 2-1 win in extra time.

England edged Tunisia in possession, shots and shots on target, with 61 percent possession, 18 shots to six, and eight shots on target to one. According to Squawka, Kieran Trippier created six chances in the game; a tournament-high so far. If he continues to whip crosses into the box for Kane, just as he does for Tottenham, then England could give some teams a serious challenge this World Cup.

Group G will continue on Saturday with Belgium against Tunisia at 8 a.m. Next, England will play against Panama on Sunday at 8 a.m.