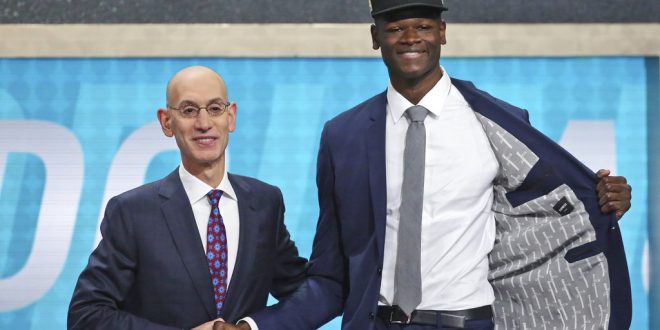 The 2018 NBA Draft would take place in Brooklyn, New York. The Barclays Center is where the top prospects of the future would find out where their new homes were going to be.

Sitting at the No. six pick, the Orlando Magic would secure a big man of epic proportions. Going to Texas for their selection, Mohamed Bamba will dawn the blue and white in the Amway Center to start his NBA career.

The seven-foot center from Harlem, New York brings with him some firepower that could bolster the Magic to a postseason appearance for the first time since 2012. In his freshman year at Texas, Bamba would total 12.9 points-per-game in 30.2 minutes-per-game. Bamba believes that he brings a winning attitude to Orlando.

Bamba also brings with him a .541 field goal percentage, and a 0.5 three-point average-per-game. Bamba believes that practing his three-point shooting will also be a key for him to play the longer minutes in Orlando.

With Bamba looking to show why getting picked at No. six is not so bad, he has huge goals ahead of him. He has hall of fame-level ambitions, and will look to leave his stamp on the history books. Bamba is excited to be playing in Orlando, and, aside from his hall of fame dreams, has other big personal goals to accomplish.

Secondly, other top prospects were in attendance in Brooklyn. With eyes on their futures, this is the result of the 2018 NBA Draft first round: