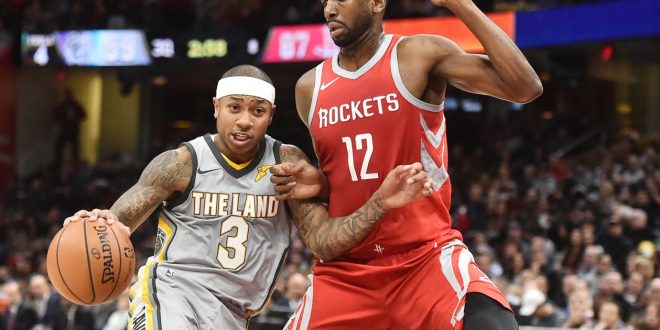 The NBA Free Agency carousel continues, this time for Isaiah Thomas and Jeremy Lin. Thomas will be joining the Denver Nuggets, while Lin goes to the Atlanta Hawks as part of a trade.

Free agent guard Isaiah Thomas has agreed to a one-year deal with the Denver Nuggets, league sources tell ESPN. Thomas will reunite with Michael Malone, who coached him with the Kings.

The former King, Celtic, Sun, Cavalier and Laker is looking to make Denver a new and prosperous home for his career. Signing the veteran minimum for the Nuggets, Thomas looks to make an immediate impact for the Denver squad that has had their fair share of struggles over the last few seasons.

The contract for Thomas is a one-year, $2 million deal, according to Adrian Wojnarowski of ESPN. Thomas brings along with him a career average of 18.9 points-per-game, 5.1 assists-per-game and 2.6 rebounds-per-game. Thomas would bring the most to the table in his final two seasons for the Celtics, only missing six games in two years.

After Thomas was injured in 2017 during a game against the Minnesota Timberwolves, he came back after missing two games. After reinjuring his hip in the Eastern Conference semifinals, Thomas refused surgery and signed with Cleveland in free agency after a blockbuster trade with Boston for Kyrie Irving.

Playing in only 15 games for The Land, Thomas would call Los Angeles his new home. The Cavs traded him right before the trade deadline, and Thomas would get surgery on the hip. After only 17 games, with one start, and 15.6 PPG, Thomas now looks to rekindle the magic on the Nuggets.

Lin Traded from Brooklyn to Atlanta

The Nets also gained the rights to 2016 second-rounder Isaia Cordinier. Wojnarowski also goes on to detail the second-round picks that each team will acquire in this trade.

After #Linsanity took the world by storm while on the New York Knicks, Lin has since been relatively tamed. Lin played for Houston, L.A., Charlotte and Brooklyn following his stint in New York. Playing in 406 games with 217 career starts, Lin brings with him 12.0 PPG, 4.5 APG and 2.9 RPG.

In 2017, Lin would play in only one game for Brooklyn, and was also his only career start last season. Lin will be looking to reverse the bad luck he has suffered with the Hawks, and will look to become a prominent part in a Hawks franchise that has not seen an NBA Championship in 60 years.