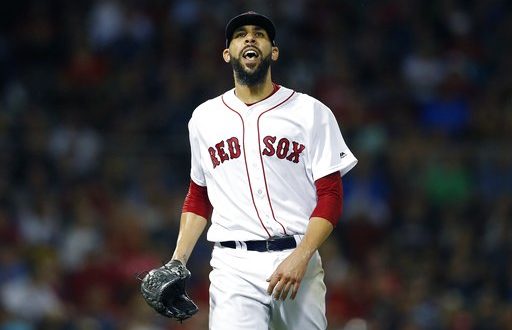 As we inch closer to October, the NL East remains wide open, the Boston Red Sox continue to run away with the league’s best record, the Tampa Bay Rays are currently above .500 and a few other notes in this MLB roundup.

Who Wins the NL East?

The NL East has several good teams that could make a run for the division, so let’s start with who for sure won’t win it. The Miami Marlins are done for. Clearly, in a rebuild, the Fish will look to build their farm system over the coming years. The other team that is out is the New York Mets. Unfortunately for pitcher Jacob deGrom, his 1.71 ERA won’t be enough to give the Mets a spot.

So who is going to claim the division?

ESPN’s Tim Kurkjian joined us for a few minutes and gave his insight into how he believes it will pan out.

It’s hard to disagree with Kurkjian given the emergence of Atlanta Braves rookie phenom Ronald Acuna Jr. The left fielder hit another home run last night, leading all rookies with 21.

The Red Sox are playing at another level right now. With 33 games left in the regular season, the Beantown bruisers reached 90 wins yesterday after a 7-0 victory over the Cleveland Indians. Even more astonishing is no other team in the league has even 80 wins. Boston’s AL East rival, the New York Yankees, sits 9.5 games behind at 79-47.

Red Sox pitcher David Price delivered a gem Thursday to the Indians, going eight scoreless innings. If the starting pitching can get hot down the stretch, Boston should cruise through the postseason with ease.

The Rays just keep chugging along, steadily balancing themselves over the .500 mark. Pitcher Blake Snell continues to exceed expectations amid a Cy Young-worthy campaign but is overshadowed by Boston’s Chris Sale and Cleveland’s Corey Kluber. Unfortunately for Tampa Bay, they’re in one of the most competitive divisions in the MLB.

Either way though, the Rays have exceeded expectations as they were expected to win about 60 games before the season. Now, they’re on pace for 70-80.

The NL Central and NL West figure to be tight races down the stretch. In the Central, the Chicago Cubs lead the division by three and 3.5 games over the St. Louis Cardinals and Milwaukee Brewers, respectively. Pushing West, the Arizona Diamondbacks are only a game ahead of the Colorado Rockies despite playing much better than the latter offensively this season.

What should be the most exciting, however, is the NL Wild Card race. Five teams not leading their divisions have between 69 and 71 wins with less than 40 games to go.

Chris O'Brien is a rising sophomore at the University of Florida. He aspires to be an on-air sports anchor someday.
Previous Santa Fe College Softball Welcomes Fico As New Head Coach
Next No. 5 Gator Soccer Takes On Ohio State and Oklahoma State this Weekend