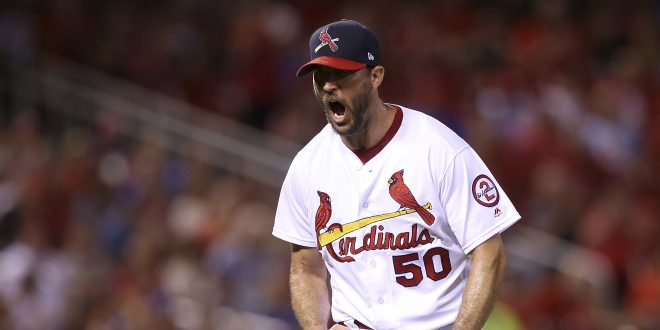 With two weeks left before the end of the MLB regular season, the playoff races for the American League are almost all locked up, but it’s still a wildfire in the National League.

The Boston Red Sox and Cleveland Indians have already clinched their playoff birth, but there are still a few teams in the race for the American League.

As for the National League, things are all over the place with the Chicago Cubs leading the way with 87 wins. However, there are still 8 teams all fighting for those 5 playoff spots.

Let’s take a look at the playoff race starting with the two teams who have already made it from the American League.

The Red Sox have already won 103 games this season and look to continue to add to the win column with the remaining twelve games of the season. There have been only six teams in baseball history to win 110 games in a season, the Seattle Mainers last did it in 2001, and the Sox look poised to join the club this year.

The Sox are just one win away from clinching the American League East and could get it done as early as tomorrow.

Cleveland has been needing something positive to talk about the departure of Lebron James. The Indians have filled that role by bringing back the excitement of playoff baseball back to Cleveland for another year.

Members of the #Indians celebrate in the locker room with various adult beverages after clinching the American League Central Division and a spot in the MLB playoffs on Saturday. pic.twitter.com/AHi0FRzT8a

One of the big questions involving the Indians is pitcher Shane Bieber, Bieber has incredible numbers throughout Double-A and Triple-A but will Bieber be on the postseason roster as a starter, or a multi-inning reliever.

Next game: September 18th- vs. CWS

There are three teams almost guaranteed to find their way to the dance but still have some work to be done. The Houston Astros, New York Yankees and Oakland Athletics all currently sit with a 99.9% chance of getting into the playoffs.

What is holding them back?

The Tampa Bay Rays and Seattle Mariners, although they only have a 0.1% chance of making it, are still in the fight and with twelve games left anything could happen.

The National League is a Barn Burner

The race for the NL is a tight one. Overall, the Cubs are the favorite to take the NL’s place in the World Series. However, with teams like the St. Louis Cardinals and the Los Angeles Dodgers all coming into their own things could change quickly.

Currently, there are eight teams all with the possibility of entering the post-season.

Both teams are still keeping their wild card dreams alive but will have an uphill battle to get there.

Previous Cowboys Rough Up Manning in 20-13 Win Over Giants
Next Dan Mullen: Learning and Improving for Tennessee Matchup