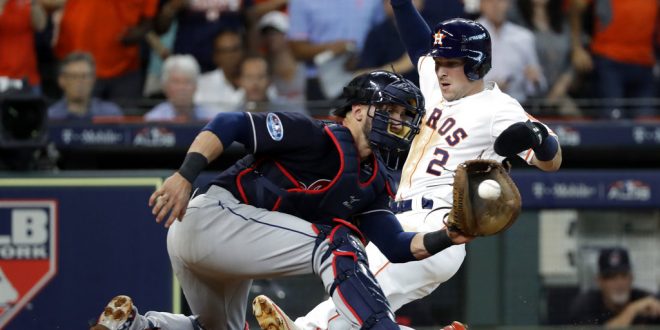 The Cleveland Indians are trying not to become the second team in this years’ playoffs to be swept.

wild-card victory over the Chicago Cubs. The Astros have won both games in somewhat dominant

fashion, as the Indians have only scored three times over the two games, compared to the Astros

The Indians will send Mike Clevinger to the hill to face the former ace of the Astros, Dallas Keuchel.

Clevenger says if there was ever a game to give it your all, it’s this one.

factor for either pitcher as it will be in the mid-80’s at game time. However, if the Indians find

themselves down by a few runs early, Francona will likely have a quick hook with Clevinger. In

elimination games, managers have little patience for a starting pitcher giving up runs early in the

game, so if Clevinger gets deep in the game then the Indians may be on their way to a victory.

On the offensive side of the ball, both teams both have the ability to do one thing very well, hit home runs. The Astros lineup has a power threat

throughout their lineup. That has been on full display in this series as the Astros have hit five home runs in the first two games. The Indians also have

a formidable order as the middle of their lineup contains Jose Ramirez, Edwin Encarnacion, and Josh Donaldson- all of whom have hit 30 or more

home runs in a season. If the Indians want to stay alive in this American League Divisional Series, then they are going to have to slug up to the