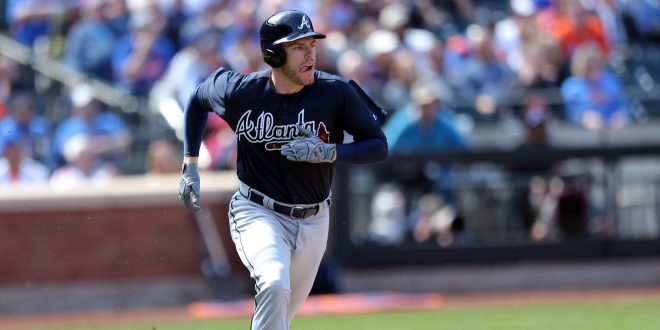 After surpassing all expectations in 2018, the Atlanta Braves cinderella story of a season came to an end after the Los Angeles Dodgers defeated them in four games of the National League Division Series.

Thanks to young stars such as Ronald Acuna and Ozzie Albies, the Braves were able to win the National League East for the first time since 2013. Let’s take a look at where Atlanta can go from here as they look to make sure that 2018 was not an anomaly.

Who Will Be Managing?

Before deciding which players to add in free agency, the front office first needs to decide who will manage the ball club in 2019.

Brian Snitker was more than impressive this past season as he is in the running for the national league manager of the year award. A decision on Snitker’s fate should be made by the end of this week as general manager Alex Anthopoulos does not want to drag it out.

If he is indeed brought back, the manager believes that the team in will bring in more help to compliment the great young talent on the club.

Expectation around the league is that Snitker will be in a Braves uniform in 2019.

What’s In The Wallet?

Before diving into potential free agents that Atlanta can go after, the amount of funds that the team has needs to be determined.

Braves ownership is expected to have $140 million in total payroll to play with in 2019. That is actually cheaper than this year as the team had to finish paying Adrian Gonzalez and Scott Kazmir.

Taking into account the expiring contracts and arbitration player eligible players, the Braves could have around $30 million in free agency spending money.

Even though the Braves had an extremely successful season, they were flat out exposed by the Dodgers in the postseason. Starting pitching and power hitting should be the main priorities for the ball club this winter.

Atlanta will most likely not be in the running for free agents Bryce Harper and Manny Machado. The team still needs to resign players such as reliever Brad Bach. However, they can still add to the roster in meaningful ways.

Starting with pitching, the best option may be to go through the cheap route. That means taking a flyer on a guy that didn’t have the best season in 2018. That guy could be Drew Pomeranz who is currently with the Boston Red Sox.

Make no mistake, Pomeranz did not have a good year with the AL East champs. In 11 starts, the lefty went 2-6 with a 6.08 ERA. They key with Pomeranz is to not look at his numbers from this past year. Instead look at the ones from 2016 in his time with the San Diego Padres.

A good way for Pomeranz to get his career back on track is head back to the national league. His last stint in the NL produced fantastic numbers – all-star caliber numbers actually as he made his only all-star game appearance that summer.

In 17 starts, Pomeranz had an 8-7 record with a 2.47 ERA. Boston liked him so much that they included one of their top relieving prospects to acquire Pomeranz.

Continuing with the value strategy, position players in the 2019 free agency pool do indeed have value.

The Braves need a power bat but the infield is stacked with the likes of Freddie Freeman, Ozzie Albies and Dansby Swanson. The outfield is the ideal spot for Atlanta to improve.

Left field is spoken for with Ronald Acuna, but the center and right field are fair game. Ender Inciarte and Nick Markakis had 24 combined home runs in 2018, the Braves can make some major strides here.

One of the best moves that GM Anthopoulos can make is to sign Andrew McCutchen. McCutchen hit 20 home runs this past season. The 32-year-old will not be asking for too much in the future. He is an eight-year veteran, who can provide leadership and can help a young and up and coming team.

With all this being said, Atlanta may decide to forego the free agent market and work up some trades as they have been linked with big names such as Mike Trout and Madison Bumgarner.

It is safe to say that Anthopoulos has his work cut out for him before the winter meetings beginning December 9th.

Previous Gators Defense Making Plays, Gaining Confidence
Next After an ALDS Loss, Where Do the Yankees Go From Here?