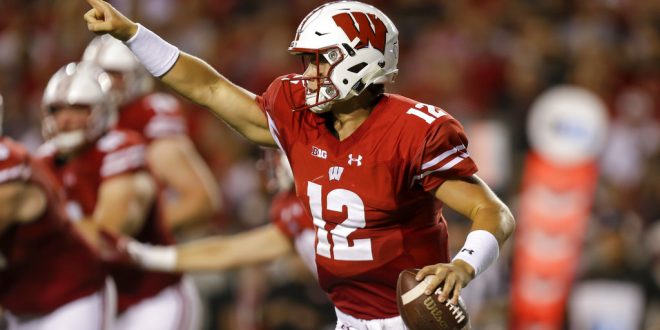 There are numerous key matchups with playoff implications in college football this weekend. Outside of the SEC battle between the 2nd-ranked Georgia Bulldogs and the 13th-ranked LSU Tigers, there are two cant-miss clashes of ranked opponents on Saturday.

This Pac-12 showdown should be extremely physical from the start. The main storyline is which unit can take and maintain control: Oregon’s offense or Washington’s defense.

The Oregon offense has been incredibly dynamic through the first half of the season. They have averaged 45.6 points per game, which ranks 11th in the country. The Ducks have thrived because of their efficiency on the ground and through the air. They rank top 30 in the country in rushing yards (216.0 per game) and passing yards (287.6 per game).

Quarterback Justin Herbert has looked like an elite college play-caller. He has completed 88 of 136 attempts (64.7%) for 1,411 yards and 15 touchdowns. The junior also has a quarterback rating of 180.9, which is unbelievable. He is expected to be a first-round pick in the 2019 NFL Draft if he chooses to forgo his senior season.

The Huskies have given up 13.7 points per game, which ranks 3rd in the nation. They rank 17th in passing yards given up per game (174.7) and boast an elite secondary. They are led by defensive backs Taylor Rapp and Myles Bryant. Linebacker Ben Burr-Kirven leads the team in tackles with 74.

On the offensive side, the Huskies are paced by quarterback Jake Browning and running back Myles Gaskin. Browning has completed 111 of 166 attempts (66.9%) for 1,508 yards and nine touchdowns. Gaskin has absolutely shredded up opposing defenses, posting 554 yards and five touchdowns. Aaron Fuller has been the Huskies’ primary receiver, snagging 35 receptions for 574 yards and two touchdowns.

This will arguably be the biggest Pac-12 matchup to date this season. Both squads need this victory in order to gain ground in a tough conference and keep their playoff hopes alive.

This huge Big Ten matchup has massive conference and playoff implications. Both teams have pretty elite defenses, so it should be a low scoring affair.

Almost the entire Wisconsin offense runs through quarterback Alex Hornibrook and running back Jonathan Taylor. Hornibrook has completed 73 of 114 attempts (64.0%) for 963 yards and seven touchdowns. Taylor, who will likely be a first-round pick in the 2020 NFL Draft, has rushed 126 times for 849 yards and eight touchdowns. He has averaged 6.7 yards per carry, which is elite for a player who receives over 25 carries a game. Taylor is arguably the best running back in college football.

On the other side of the ball, quarterback Shea Patterson has spearheaded the Michigan offense. The former Ole Miss quarterback has completed 95 of 138 attempts (68.8%) for 1,187 yards and ten touchdowns. Karan Higdon has paced the rushing attack with 582 yards and five touchdowns.

Both teams rely on their defense to make big plays and put their offense in positions to succeed.

Kickoff is set for Saturday in Ann Arbor, Michigan at 7:30 p.m.