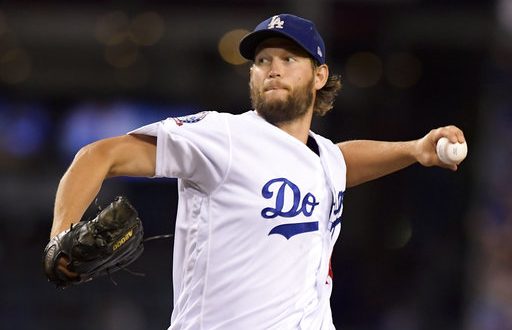 The Los Angeles Dodgers are one step closer to returning to the World Series. However, they first have to get by the Milwaukee Brewers in the NLCS. The first game of the series is tonight. The Dodgers are trying to win their first World Series since 1988.

The Dodgers had a great showing in the NLDS against the Atlanta Braves. L.A. won the series 3-1. The Dodgers didn’t give up a run until the third meeting where the Braves won 6-5.

Hyun-Jin Ryu started in the first game of the series and pitched through 7 innings had 0 ER, 8 K, and 0 BB in rout to the dodgers winning 6-0. During the second game where the Braves where also unable to score a run, Clayton Kershaw pitched and only gave up two hits over 8 innings with a 0 ER, 3 K, and 0 BB.

Some of the big hitters for the Dodgers during the post season have been Manny Machado, Joc Pederson and Justin Turner. Machado plays short stop and already has two HRs and six RBI’s in the post season. During two of the games in the series with Atlanta Machado did seem to struggle going 0-4 at the plate. Left fielder Joc Pederson had one hit in all four games against the Braves and in the first game of the series hit a HR. Third baseman Justin Turner had 5 hits and 4 walks against the Braves.

The Dodgers released the starting pitchers for the first 4 games of the series. In order it will be Clayton Kershaw, Hyun-Jin Ryu, Walker Buehler and Rich Hill. Manager for the Dodgers, Dave Roberts says that he has confidence in this pitching staff, but knows the Brewers have some strong arms.

The Dodgers are trying to get back to where they were last year in the World Series. Manager Roberts says the team has a good mindset going into the NLDS.

Clayton Kershaw will be starting for the Dodgers and for the Brewers, Gio Gonzalez will get the start. The game begins tonight 10/12/18 at 8:09pm on FS1.