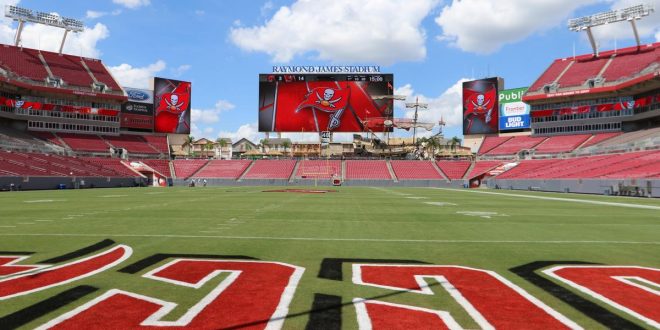 Tampa Bay Buccaneers: At a Crossroad

The Tampa Bay Buccaneers were looking O.K. to start the first few games of the season. A lot of positivity surrounded the organization with the sudden emergence of backup quarterback Ryan Fitzpatrick. The career journeyman QB threw up 400 yard games like they were nothing. Including a 2-0 record things were looking up for Tampa Bay. However, the NFL is known for its cut-throat next man up mentality. Despite Fitzpatrick’s great play through the first three weeks of the season head coach Dirk Koetter handed the starting job back to Winston was suspended until week 4.

The QB controversy from weeks ago seems like the least of the Bucs concerns now. The defense is atrocious and it led to the firing of Koetter’s close friend and Defensive Coordinator Mike Smith. The replacement is Mark Duffner. Duffner was the linebackers coach for the start of the season. This is his first NFL Defensive Coordinator position. He was formerly the head coach at Holy Cross and Maryland.

Will Duffner Do It?

The Buccaneers are in panic mode already and these could be tell tale signs at the end of Koetter in Tampa Bay. If Duffner can cause things to improve on defense they could turn the season around. However, giving up 35 points a game wont cut it. The NFC South is still open for competition, and the Bucs aren’t throwing in the towel quite yet. Bucs ownership can only expect so much improvement. They are still playing with a defense that has allowed the most points in the NFL up to this point. Tampa is behind only Kansas City in yards given up as well. Duffner may be able to scheme differently than Smith has, but don’t expect to see huge improvements. They still field one of the least talented defenses in the NFL. Especially when considering their secondary problems. DBs Grimes and Conte have consistently been burned by opposing wide receivers all year.

The Bucs do have an opportunity to play better on defense this weekend. The Bucs host the Cleveland Browns this weekend where they’ll face rookie QB Baker Mayfield. The Browns are also struggling to find an identity at the start. They have a lot of young playmakers, but the lack of experience is showing. Cleveland lost big last week to the Chargers. Dirk Koetter’s job doesn’t seem to be in danger just yet, but if the trend continues it could spell bad news for the Bucs in 2018. 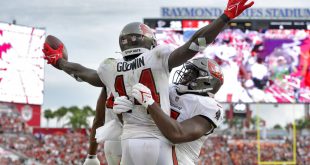