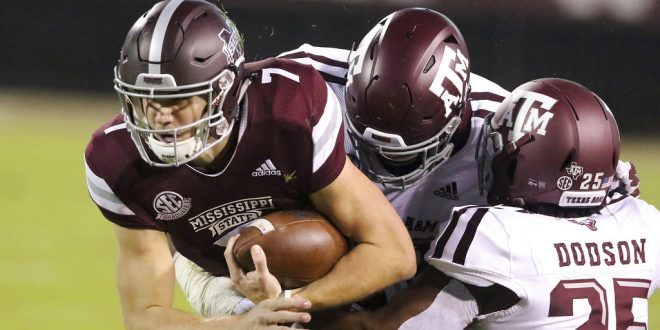 Battle of the Bulldogs: Mississippi State vs. Louisiana Tech

The Mississippi State Bulldogs will take on the Louisiana Tech Bulldogs in Starkville, Mississippi, Saturday at 7:30 p.m. MSU is coming off a win against No. 18 Texas A&M while L.A. Tech took down FAU last week.

Is this a trap game for Mississippi State?

Realistically, yes, yes it is. State is coming off an emotional win against the Aggies. The Bulldogs defense stepped up for a 28-13 win.

Next week, Mississippi State gets Alabama.

Which leaves this week: Louisiana Tech. All the ingredients are there for a genuine trap game. So, are the Bulldogs looking past Tech? MSU head coach Joe Moorhead says the team has had a solid week of practice.

Mississippi State’s passing attack needs some work, and quarterback Nick Fitzgerald has been under fire lately due to his performance. He responded with a 14 for 22, 241-yard, no interceptions and two-touchdown performance against A&M. For MSU to cruise against Tech, Fitzgerald needs to have a good day through the air.

Louisiana Tech wide receiver Teddy Veal is someone to watch out for if Louisiana Tech can find its footing. He’s clearly an impact player for the Bulldogs.

Two weeks ago against UTEP, Veal pulled down 11 receptions for 103 yards. Only one other player notched more than one reception on the team – running back Jaqwis Dancy carded two.

Last week when the Bulldogs snapped a 10-game home winning streak for FAU, Veal had nine receptions for 81 yards and a touchdown. Again, only one other player had more than one reception – wide receiver Adrian Hardy with four.

Expect Mississippi State to try and bottle Veal up to limit his production.

Will we see anything crazy?

The last time these two teams played, Tech found themselves in a less-than-envious 3rd and 93 situation.

Will we see something like that again? Probably not. In fact, even though Tech is 6-2, this one should be a blowout. Although it’s a trap game, expect MSU to come out with something to prove in preparation for Alabama.

Chris O'Brien is a rising sophomore at the University of Florida. He aspires to be an on-air sports anchor someday.
Previous Texas A&M and Auburn Battle for Bowl Eligibility Saturday
Next Gamecocks Head to Oxford