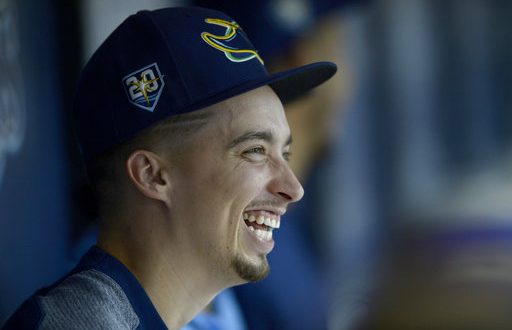 As icing on the cake to a very successful breakout year, the 25-year-old picked up the highest pitching honor in his first full season in the majors. Snell was 21-5 with a 1.89 ERA. He also led all major league starters with a .178 batting average allowed, the fifth lowest ever for a starter.

The left-hander is just the fourth AL starter to have a sub-2.00 ERA since the designated hitter was instituted in 1973. This puts him into a class with Pedro Martinez, Ron Guidry, and Roger Clemens.

Earning this award means a lot to Snell. It’s something he has been working towards his entire life. He made his MLB debut in 2016. However, he had a rocky start to the 2017 season. This earned him a return back to Triple-A for seven starts. Once he got over this obstacle a strong performance during the second half of the season was foreshadowing of what was to come in 2018.

Over in the National League, deGrom took home his first-ever Cy Young Award after posting a 1.70 ERA that led the majors and is the second best this century. On top of that, he finished second in the NL in strikeouts, innings, and WHIP. He also allowed only ten home runs all year, which was four less than any other starter.

The 30-year-old received 29 of the 30 first-place votes, for a point total of 207. The only other first-place vote went to Washington’s Max Scherzer, who came in second. Phillies righty Aaron Nola rounded out the top three vote-getters.

DeGrom says he is extremely thankful to everyone who has been involved in getting him to where he is today.

Although deGrom was historically good on the mound this season, he didn’t get much help from his team on the offensive side. He received the worst run support in all of baseball, resulting in a 10-9 record on the season. His ten wins are the fewest ever for a Cy Young winner in a season that wasn’t shortened by a strike.