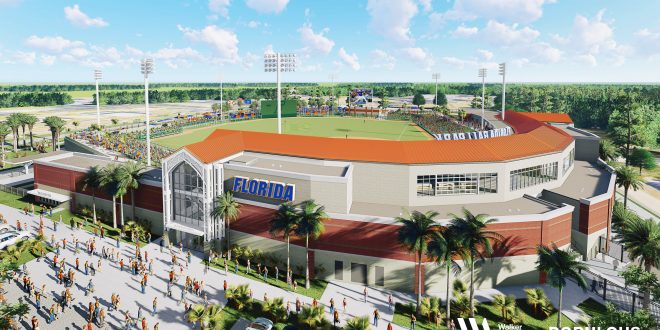 The new Gators baseball ballpark is a little off schedule but will be breaking ground in February. The University of Florida’s Athletic Association board approved the new ballpark budget Wednesday afternoon. The $65 million baseball park has a new planned completion date of June 2020. The Gators first season in the new stadium will be in 2021.

UF Athletic Director Scott Stricklin said they are only breaking ground four or five months later than they originally hoped.

“A lot of the time during construction processes, you get focused on the timeline, a week here, a month there,” Stricklin said. “A year after this thing opens, nobody’s gonna remember that this was five months later than we wanted it to be and we’re just gonna be really happy that we’re gonna have something that’s gonna be there for generations of Gator fans.”

The new ballpark will have a lot of interesting new features like the 360-degree open concourse, shade structure for fans and multiple seating and game experience options. The new venue will be able to hold up to 10,000 fans. It will also bring 400-500 more parking options in a lot adjacent to the park. 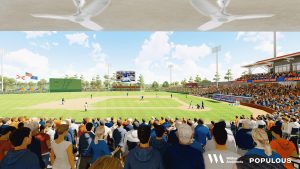 “We’re tying this into the university’s Go Greater campaign, which began, I think, in 2014 or ’15,” Stricklin said. “From an athletic standpoint, it captures everything from the Hawkins Center, indoor football practice, Exatech Arena renovation, up to where we are in the football facility and then even beyond it will capture that stuff.”

Currently, they have received more than 50 percent of their fundraising goal for the project.

Courtney Mims is a junior telecommunications major at the University of Florida. She enjoys covering all Gator sports and drinking gallons of Starbucks coffee while doing so.
Previous Florida Gymnastics Ranked Third Nationally in Pre-Season Polls
Next Gators First Bowl Practice is Closed Today Due to Weather