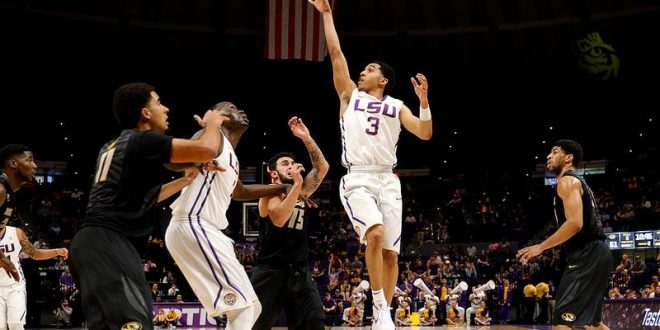 The LSU Tigers take a road trip to No.18 ranked Ole Miss Rebels tonight for their SEC matchup.

The LSU Tigers go into this game 2-0 during conference play and 12-3 overall. The Tigers are one of the top teams in the SEC standing at number four in the conference.

The LSU Tigers are led by second year head coach Will Wade.

Wade has made an impact on this program to top scorers Skylar Mays, Naz Reid, and Tremont Waters.

Naz Reid, a big time name for the Tigers, is one of the top scoring leaders for LSU. Reid is averaging 13.2 points and 5.5 rebounds a game.

Going into this game, coach Wade knows this will be a very big challenge for both teams, to the fact that each of these teams compete at a high caliber on both sides of the floor, offensively and defensively.

This Ole Miss Rebels team has made much of a turn around since losing their veteran head coach Andy Kennedy.

Ole Miss, who is under new head coaching at staff, are led by coach Kermit Davis. He has brought this program back to the light. Although many have doubted this turn around to be so quick, coach Davis has got it done.

Plus, Ole Miss goes into this game 13-2 overall and 3-0 in conference play. Last season the Ole Miss Rebels finished 12-20, which already improves their overall record only half way through the season.

Ole Miss is currently ranked 18th in the AP Top 25 poll for college basketball and sit 1st in the SEC. The last time Ole Miss was ranked was back in January 2013, when the Rebels were 17-3 and 6-0 in the SEC.

Tune in to watch the LSU Tigers take on this new and improved Rebels team tonight at 9 PM.

Previous Florida Hits the Road to Take on No. 24 Mississippi State
Next Freddie Kitchens is Embracing New Challenge as Browns Head Coach 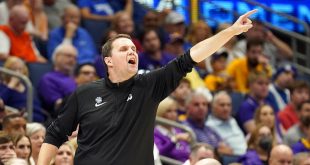 In the past few days, there has been quite a few changes to the SEC …