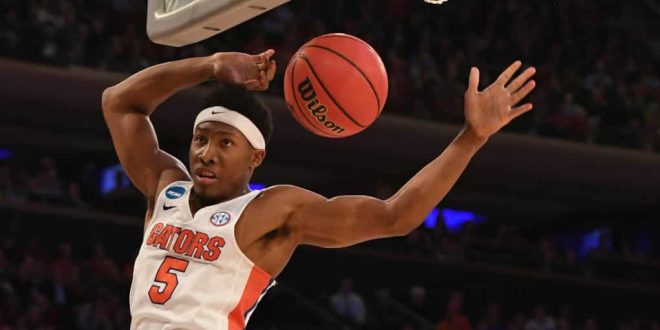 Florida Hits the Road to Take on No. 24 Mississippi State

The Florida Gators will look to bounce back from a devastating loss to the No. 3 Tennessee Volunteers as they take on the 24th ranked Mississippi State Bulldogs on Tuesday night.

While the Bulldogs thrived in non conference play, they have struggled out of the gate in the SEC. They sit at 0-2 in the conference after losing to South Carolina on the road and Ole Miss at home.

Focus. Effort. Intensity for a full 40.

The Bulldogs, who are lead by Quinndary Weatherspoon, are elite on the offensive end. Weatherspoon is averaging 17.1 points, 5.7 rebounds and 2.8 assists per game. Mississippi State ranks 21st in the country in adjusted offensive efficiency, and rank in the top 100 in essentially all offensive categories.

They have an effective field goal percentage of 55.7%, which is 22nd in the nation. The Bulldogs are also an elite offensive rebounding team, ultimately grabbing 35.7% of all offensive rebounds, which ranks 22nd in the country. Ben Howland’s squad is a top-notch three point shooting team, currently at 38.0% on the season.

Defensively, the Bulldogs are above average. They rank 60th in the country with an adjusted defensive efficiency of 96.8. Their block percentage of 14.2% is 21st in the country. However, they have given up over 80 points in both SEC losses.

With Mississippi State being such a guard oriented team, it’s unknown whether or not the Gators’ high pressure defense will give the Bulldogs any problems. The Gators must throw out numerous defensive looks to try to confuse the Bulldogs. They also must slow down Weatherspoon and force other Bulldogs to beat them.

Against Tennessee on Saturday night, the Gators did a relatively decent job of maintaining Grant Williams and Admiral Schofield, but Jordan Bowden shredded up the Gator defense down the stretch.

Offensively, KeVaughn Allen must continue to play with confidence. With the consistent offensive play of Andrew Nembhard and Noah Locke, Allen can bring this team to a new level. It showed in their primetime matchup against the Vols. Allen put up a team-high 18 points and single-handedly kept the Gators competitive throughout, knocking down big shot after big shot.

The Gators will attempt to build some consistency in their second conference road game of the season.

This game will be played in Starkville on Tuesday, January 15 at 7:00 p.m. It can be viewed on SEC Network and can also be heard on Gator IMG Sports Network.

Previous No. 12 Kentucky Prepares to take on Georgia in Athens
Next LSU Tigers Take a trip to 18th ranked Ole Miss Rebels For SEC Match up