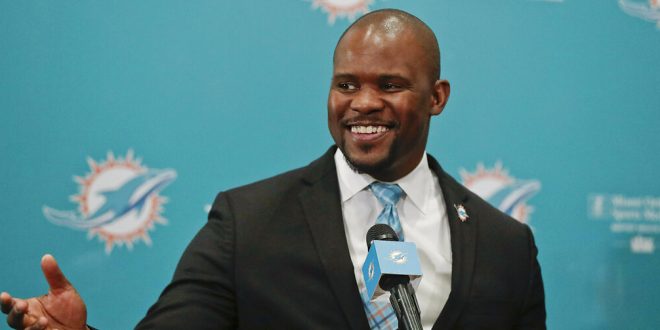 A Super Bowl ring for Patriots linebackers coach Brian Flores sounds like a pretty good weekend. However, the Miami Dolphins sweetened the pot by naming him the new head coach of the team.

According to reports, Miami’s brass vetted Flores immediately after firing Adam Gase on the last day of December. By January 11th, the former Patriot received an offer, but could not accept it before New England’s season finished.

However, that did not stop Flores from quietly picking a staff to take to South Florida.

Reports say Jim Caldwell is expected to leave his XFL consulting job to be an assistant head coach to Flores. The new coach is also plucking from his old team. He’s moving Patriots’ receivers coach Chad O’Shea to the Dolphins’ as offensive coordinator. Packers assistant Patrick Graham is said to be the new defensive coordinator, as well.

Flores began his coaching career with the Patriots back in 2004 and remained loyal for almost 15 years. Miami will be Flores’ first time serving as the head coach of a team.

Turning the Tides in Miami

The last time the Miami Dolphins won the Super Bowl was in 1973 and their last trip was in 1975. For reference, Brian Flores went eight times since 2004 as a member of the Pats staff. He is someone who is used to winning.

Flores hopes that a new culture will arise with himself at the helm. After all, this is the same man who held the LA Rams to a field goal in the Super Bowl.