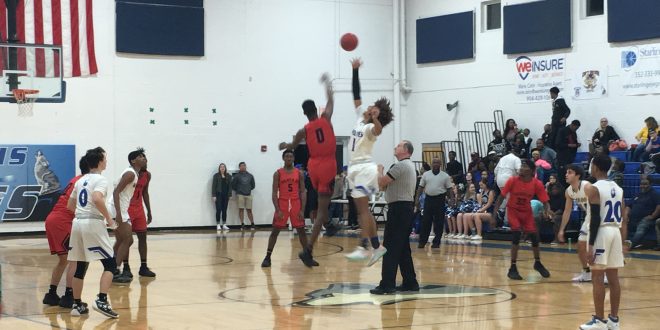 High school boy’s hoops kick off tonight in the district finals with multiple games in the North Central Florida area.

The 7A District 4 finals will take place at Ocala Vanguard tonight at 7 p.m. The Hurricanes will take on the Tigers hoping to move on to the region 1 quarterfinals.

The Gainesville Hurricanes are 15-11 under Kelly Beckham this season with a district record of 6-3.  The Hurricanes defeated Lake Weir in order to advance to the district finals in a close game that ended with a score of 68-65 in overtime.

Coach Beckham talks about how his team has progressed this year.

Boys Basketball won the “Battle of the Hurricanes” tonight by defeating Lake Weir in Ocala 68-65 in overtime. GHS advances to district tournament finals on Friday against Columbia. Coach Beckham picks up his 774th career victory. pic.twitter.com/Yao9maInHW

On the other hand, the Columbia Tigers are 14-3 on the year with a district record of 4-4. The Tigers defeated the Forest Wildcats in the semifinals with a score of 61-51 to advance to the district finals. Earlier this season, the Tigers hosted and breezed through the Hurricanes by a final score of 69-38. Coach Faulkner and his team hope to have the same results in the district finals.

Eastside hosts Santa Fe in the District 6-6A finals tonight at 7:30 p.m. The Eastside Rams are 10-0 at home and 9-0 in the district. They are striving to continue the streak.

The Rams are coached by Herman “Pop” Williams. He mentions players that are performing his best at this time.

The Santa Fe Raiders are on a five-game win streak hoping to defeat the undefeated Rams. Overall, the Raiders are 18-7 on the year with a 5-3 district record. They beat the Columbia Tigers in the semifinals 63-54 to move on to the finals.

These are two familiar foes, who’ve faced each other twice this past season. The Tornadoes and the Indians both split their season meetings. Ironically, both teams lost at home. The Tornadoes stole the first game of the season from the Indians 83-81. Meanwhile, the Indians got their revenge and beat the Tornadoes by just three points in opponent territory back on Jan. 8, 60-57.

The 4A District 1 Finals will be between the P.K. Yonge Blue Wave travel to Tallahassee to take on the Maclay Marauders tonight at 7 p.m. Towards the beginning of the season, the Marauders steamrolled the Blue Wave 73-50 at P.K. Yonge. About a month later, the Blue Wave defeated the Marauders 66-48. Their third meeting is by far the most important as they are competing for a district championship.

The Hawthorne Hornets host the Crescent City Raiders in the District 6-1A finals tonight. The game will begin at 7:30 p.m.

Under head coach Greg Bowie, the Hornets are 8-0 in the district and 22-1 overall. Bowie describes how their defense has been strong.

The Hornets steamrolled the Raiders earlier in the season by a score of 61-30, but this matchup is the most crucial to both teams.

Overall, there are numerous basketball championship games tonight for the districts in the area. After tonight, the district champions will be crowned.

Previous No. 1 Tennessee meets No. 5 Kentucky for a Must-Watch Match
Next No. 4 Gators Softball Head to Arizona for the Littlewood Classic 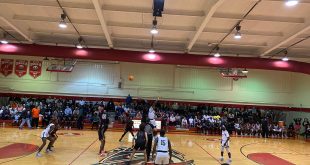