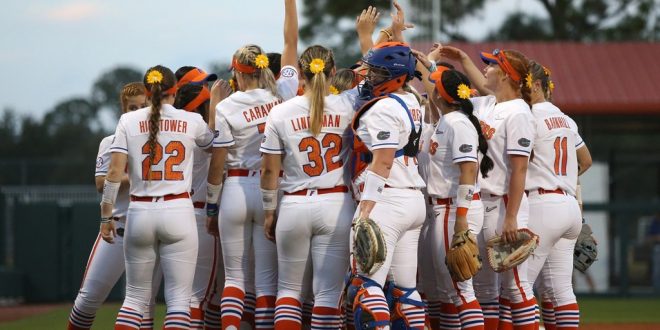 No. 4 Gators Softball Head to Arizona for the Littlewood Classic

No. 4 Florida Gators softball head to Tempe, Arizona this Friday to compete in the Littlewood Classic hosted by No. 14 Arizona State. The Gators (6-0) will look to extend their flawless record after beating UNF in a regular season game during the week.

The Season So far

Florida started its campaign as expected.

The Gators won all five USF Opening Weekend Invitational games last weekend, including a 6-0 sweep against No. 19 Michigan.

Kelly Barnhill earned her tenth career Southeastern Conference Pitcher of the Week award after her fantastic performance at the USF Open. Barnhill pitched 19.0 innings, struck out 26 batters and recorded a .0.74 ERA.

The Gators debuted in the newly-renovated Katie Seashole Pressly Stadium on Tuesday night against the Japan International team. Despite losing 8-0 against Japan, the second-ranked national team in the world, the Gators responded with a 3-1 victory over UNF on Wednesday.

What To Expect From the Gators

Pitcher Natalie Lugo played a solid six inning game against UNF, striking out five batters and only allowing two hits and one run. However, Barnhill is expected to start against the Redbirds.

Barnhill enters the tournament having pitched 20 innings and fanning 29 batters with a .70 ERA.

It’s probable that Senior Amanda Lorenz will tie or break former Florida standout Kayli Kvistad’s career walk record. Lorenz currently has 180 and is only 6 walks away from tying the record.

Head Coach Tim Walton is looking for a better offensive showcase throughout the tournament.

Walton is expecting more from the Gators’ third, fourth and fifth batters.

Figuring out a plan to make it big in the soccer scene in the U.S. or anywhere else in the world. For now, I'm having a blast writing for ESPN Gainesville and learning a lot from managers and students around the workplace. I'm covering the TV beat for Gators Soccer. What a team! Follow me on twitter: @J_AguerrevereUF
@@J_AguerrevereUF
Previous Preview: High School Boy’s Basketball District Finals
Next Gators Get Set for Littlewood Classic 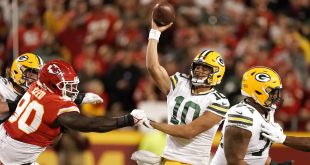 Is Jordan Love “The Guy”?

Love him or hate him?  For the first time in a little over a decade, …