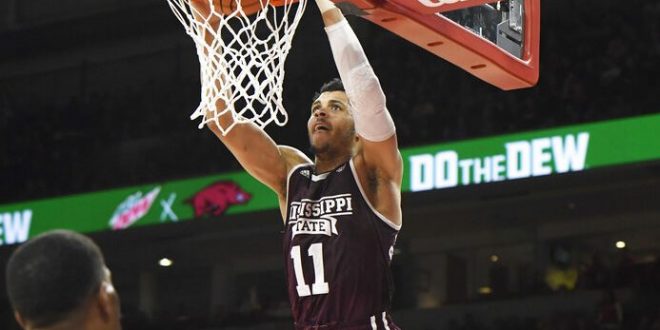 After losing to South Carolina earlier this season, the Bulldogs have their chance at payback as they welcome the Gamecocks to Starkville.

A Tale of Two Records

Mississippi State and South Carolina have had two fairly different seasons so far. The Bulldogs started out the season 12-1 and consistently blowing out their non-conference opponents. However, they have somewhat struggled in conference play.

They are only 7-6 in SEC games. The first of their conference losses was to the Gamecocks. At the time of that meeting between the Gamecocks and Bulldogs, South Carolina was 6-7. They beat Mississippi State 87-82 in overtime behind Maik Kotsar’s 25 points.

The win seemed to build some momentum and confidence for the team, as the Gamecocks have propelled themselves to a 9-4 SEC record and 14-12 record overall. This is certainly a huge game for both teams. Mississippi State needs to improve its conference record, and South Carolina can’t afford too many losses if they have hopes of an NCAA tournament birth.

What to Expect From the Bulldogs

The Bulldogs are very balanced offensively as they have four other players averaging over nine points per game. They are scoring 78.1 points per game and shooting over 37% from beyond the arc this season.

In Mississippi State’s last outing, Quinndary Weatherspoon put up 31 points on 11-19 shooting to lead the team to a one-point win against Georgia. The Bulldogs are coming into the match-up on a three-game winning streak.

What About the Gamecocks?

The team’s four conference losses have been to Kentucky, LSU, and to Tennessee twice. Tennessee and Kentucky are currently ranked in the top five and LSU is 13th in the nation.

The Gamecocks are led by Chris Silva and A.J. Lawson. Silva is a 6-9 forward who is putting up 14.3 points and 7.3 rebounds per game. Lawson is a very talented freshman guard who is averaging 13.9 points, 4.9 rebounds and almost three assists per game.

The Gamecocks and Bulldogs will be battling it out tomorrow in Starkville, Mississippi at 6:00 p.m. EST on SEC Network.