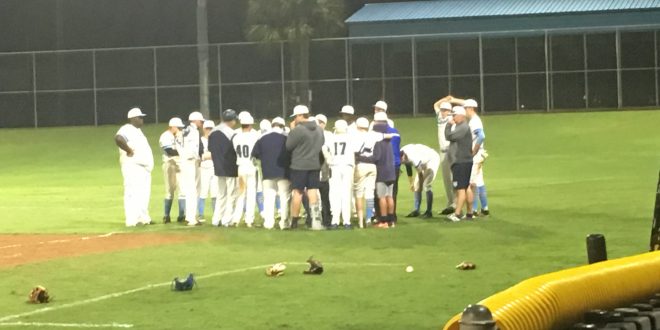 The Blue Wave had a great start to their baseball season defeating the Interlachen Rams in a close game Tuesday night, 10-8.

The Blue Wave started the game with Nate Nicholson being sent to first base and making his way around the diamond to steal home base, putting the Blue Wave on the board first.

In the bottom of the third inning, Isaih Malone hit the ball to center field, allowing Ethan Whelan to score tieing the game at 2.

An amazing hit by Isaih Malone sends the ball deep in the center field and allows Ethan Whelan to score another run for the Blue Wave!
Both teams are tied 2-2 at the end of the 3rd inning. @ESPNGainesville pic.twitter.com/dltSaw178l

The bottom of the fifth inning is when things started to heat up. Casey O’Dell was walked to first base, loading up the bases. Then, Timmy DePaul hit a triple, allowing all on base to touch home making the score, 5-2.

A triple RBI by Timmy DePaul helps the Blue Wave get closer to Interlachen High School. The score now is 7-5 Interlachen steal on the lead. @ESPNGainesville @CamilaMaffuz pic.twitter.com/E036L879RR

Drew Dawson then hit a sac-fly allowing Timmy to take home and score another run for PK Yonge.

In the bottom of the sixth inning, with O’Dell on first, DePaul hits a double allowing O’Dell to score. To round out the scoring in the sixth, Dawson hits a single sending DePaul home.

After the game, Blue Wave head coach Rob Brunson discusses the challenges his team will continue to face the rest of the season, as well as Timmy’s performance.

Sara Dastgerdi is a current student at the University of Florida.
Previous Gator Men’s Hoops Ready to Take on Commodores in Search of Fifth Straight Win
Next High School Basketball Recap: Four local Gainesville teams crash out of playoffs 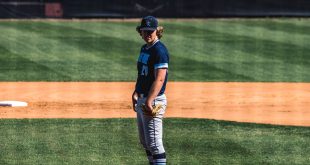 In sports, there is always one player who people cannot help but follow and watch, …