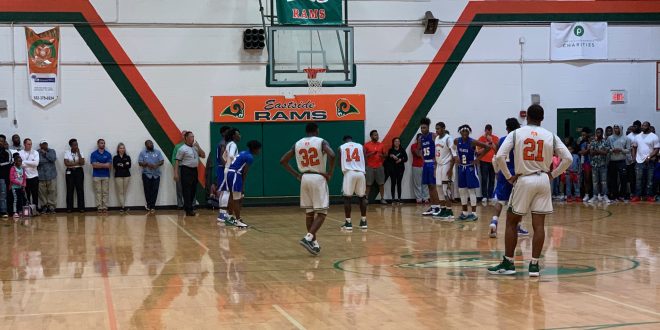 The law of averages has evaded Alachua County’s men’s high school basketball this season. In one fell swoop, four of the region’s remaining basketball teams were eliminated from contention on Tuesday.

In the regional semifinals stage (1-7A), Gainesville High School fell to Columbia 46-42. As for the 2-6A semifinal, Eastside narrowly lost to Palatka 61-60. Then in the two regional final matches (1-4A and 3-1A), P.K. Yonge and Hawthorne both succame to Jacksonville University Christian and Madison County respectively.

Gainesville was 1-2 against Columbia this season.

Head coach Kelly Beckham said before the game that he was expecting yet another tough game against Columbia.

Columbia (17-12) took a 26-16 lead into half time of this one. Yet GHS would not cough up their season without a fight. Both teams tussled back-and-forth in the second half, and eventually, Gainesville (16-13) would draw even at 42.

However, Columbia was ready to slam the door shut on the Purple Hurricanes. Steve Faulkner’s team finished the game on a 12-2 run in the final three minutes of the game. GHS dominated large parts of the second half until a pair of late free throws by junior Jordan Smith sealed the win for Columbia.

Before the game, Eastside head coach “Pop” Williams explained what his game plan would be against Palatka.

For the most part, they failed to accomplish those things. Columbia will now host Crestview on Friday night as the winner advances to states. It’s the first time Columbia will be playing in a regional final since 2000.

Meanwhile, Eastside’s (26-3) season came to end in even more agonizing fashion. Palatka edged them by one point on Tuesday, and senior Emonea Shannon was left with regrets at the free-throw strike. With 1.3 seconds to play, Shannon was fouled with his team down by two.

That sent him to the line. He failed to connect on the first free throw. While he made the second, the Rams were unable to force a turnover which sealed their season.

Palatka will now play Nature Coast Tech on Friday in the regional finals.

Madison County (24-3) has now ended Hawthorne’s boy’s basketball team’s season two years in a row. The Cowboys triumphed over the No. 6 team in the state as they prevented Hawthorne from winning their 18th straight game.

Madison County was led in scoring by senior guard Travis Jay (20). Allen Demp’s team was able to go into a tough environment and secure a victory with a strong defensive performance.

“It was a great feeling,” said Demps. “And to do it at this place, it’s even better. Everybody in the state knows how tough it is to come in this place and win. And to knock off the No. 6 team in the state, it’s, very impressive.”

Madison County now prepares to face Paxton in the state semifinals on Monday at 10 a.m. ET.

Lastly, P.K. Yonge’s men’s team’s season came to a screeching halt. The Blue Waves were blown out 83-63 by Jacksonville University Christian. Despite the loss, P.K. Yonge still finished the season with an impressive 23-5 record. 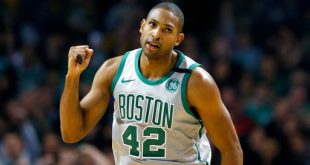