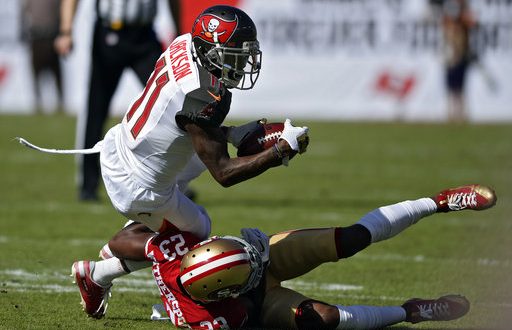 The NFL free agency period is set to begin at 4 p.m. and the Tampa Bay Buccaneers are looking to sign key players this offseason. The Bucs haven’t been in the forefront in free agency and are not expected to be big spenders, but they do need to fill some holes on their roster.

The Bucs traded veteran wide receiver DeSean Jackson to the Philadelphia Eagles. He will be returning to the team that initially drafted him and was a three-time Pro Bowler in Philadelphia. After only spending two seasons with Tampa Bay, Jackson reworked his new contract and is set to make $27 million over three years. In his age 31 season, Jackson was still productive with 41 catches, 774 yards, and four touchdowns.

Filling the wide receiver void, the Bucs signed Breshad Perriman to a one year $4 million contract. The signing is confirmed after Odell Beckham Jr. was acquired from the Cleveland Browns in a trade with the Giants. In 10 games with the Browns, Perriman had 16 catches for 340 yards and two touchdowns.

It is still too early to tell how deep the Bucs are willing to go into their pockets in free agent spending. As of now, they have made smaller signings for insurance at other positions that needed some depth. Tampa Bay had another one-year deal with safety Deone Bucannon. He spent the last five seasons with the Arizona Cardinals. He is a good utility player for the Bucs and has experience playing at safety or linebacker.

One of the longer deals the Bucs have been linked to is signing punter Bradley Pinion to a four-year deal. He spent his entire career with the San Francisco 49ers until now. Pinion was the punter and manned the kickoff duties for San Francisco. He will be expected to do the same with his new team even though they re-signed kicker Cairo Santos.

It has been a quiet start to free agency for Tampa Bay, but they have made the first step forward in order to replace wide receivers DeSean Jackson and Adam Humphries, and linebacker Kwon Alexander.