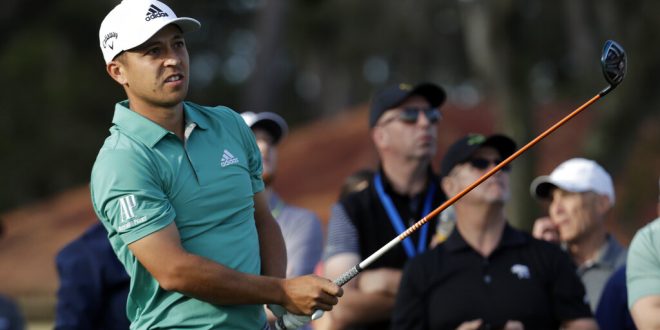 Xander Schauffele follows his shot on the 12th hole during the first round of The Players Championship golf tournament Thursday, March 14, 2019, in Ponte Vedra Beach, Fla. (AP Photo/Lynne Sladky)

The Players Championship is Underway

The Players Championship tees off today and this year it returns a little sooner. The tournament held in Ponte Vedra at the pristine TPC Sawgrass course is underway in March this year instead of its recent stints in May.

The Move to March

Back in 2007 the Players Championship made the move from March to May. When the move was made, however, over-seeding of the course became unnecessary because dormant Bermuda grass returned with the warmer temperatures in May which then caused the course to play differently.

Phil Mickelson was looking forward to the switch up, adding that he didn’t think the course was designed to be played in March. On the other hand, Jordan Spieth having only played this tournament in March said that he personally likes the grass type better.

The move to March is beneficial for the tournament in so many ways. For example, the course will be more visually appealing.

The tournament’s status is now elevated as well. During the last 12 years, The Players Championship has only grown in stature. It boasts one of the biggest prizes in golf with its $11 million dollar purse.

So this year, we say so long to May.

Players and fans alike have been flooding to TPC over the last few days. Players getting their practice swings in and fans practicing their socializing. The tournament officially kicked off Thursday morning bright and early.

The calm before the storm. Happy Round 1 of #THEPLAYERS 2019! The first tee time starts at 7:40am! pic.twitter.com/den1BzF9fH

Before the action and competition really gets going on Thursday though, there was something sweet about Wednesday.

Long time couple, Ricardo Fonseca and Emma Baxley, met in Northeast Florida and bonded over golf immediately. With a little help from golfer Sergio Garcia, they shared a very special moment during the practice rounds of TPC. The two got engaged.

The tournament will conclude on Sunday with the champion taking home a nearly $2 million prize.

Previous The playoff-hopeful Orlando Magic lose to the Washington Wizards
Next No. 16 Florida Lacrosse Falls Short to No. 4 Syracuse