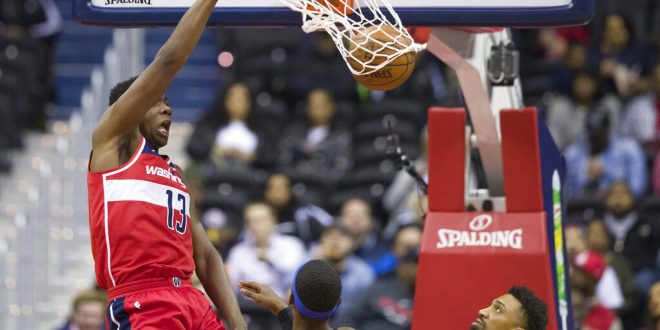 The playoff-hopeful Orlando Magic lose to the Washington Wizards

The Washington Wizards handle their magic with care, beating the Orlando Magic 100-90 on Wednesday night. Orlando is in need of a new magic wand, as the team has lost four of its last five games.

Sitting in the ninth seed of the NBA Eastern Conference, Orlando (31-38) is now two games back of the Miami Heat. This is with Orlando having the easiest schedule in the final stretch in comparison to the No. 8 Heat and the No. 10 Charlotte Hornets.

The bench production of Washington — and the lack thereof from Orlando’s bench — disallowed the Magic from ever really coming back in this game. Orlando did close the lead to four with 2:10 left in the fourth quarter, but Jabari Parker, Thomas Bryant and company closed down shop with clutch baskets. The Wizards bench outscored the Magic 58-20. Adding only 37 second-half points overall for Orlando is not a recipe for success.

“This isn’t hard without watching the film. Their bench was great. … Bryant, Parker, [Troy] Brown, [Chasson] Randle had great games,” Clifford said. “And then I thought the other half too was, and we’ve struggled with this … they are quick and athletic and they get up and into the ball, up and into the passing lanes. We had trouble with that just getting through that. You’ve gotta have great offensive force and be able to play through stuff, and we didn’t do a good job with that. But the difference was the bench.”

“We didn’t play like a team that wants to go to the playoffs,” Fournier said. “The intensity wasn’t there. It wasn’t bad, but it wasn’t playoff-like. We just didn’t deserve to win. They played harder. They outworked us, being more active, being more physical. I don’t know. … Maybe it’s too late, but it’s very disappointing, for sure.”

Clifford’s team needs to take advantage of the remaining Southeast Division games. Washington won three of four in the regular season series, but Orlando has swept the Atlanta Hawks and split games with the Heat and Hornets so far.

With all five teams taking up seeds 8-12, Orlando needs to win the final games versus Atlanta, Miami and Charlotte to go ahead rather than just relying on other teams to push them into the playoffs.

Orlando has 13 games left in the season, with the next five all at home. Four of the five games are versus NBA Draft Lottery teams — the exception being the Philadelphia 76ers.

Therefore, the Magic need to capitalize on these games before a tough four-game road stretch in Miami, Detroit, Indiana and Toronto. A win Thursday night versus the tanking Cleveland Cavaliers could be a good start while Miami faces Milwaukee and Charlotte to end the week. Tip-off is set for 7:00 p.m.