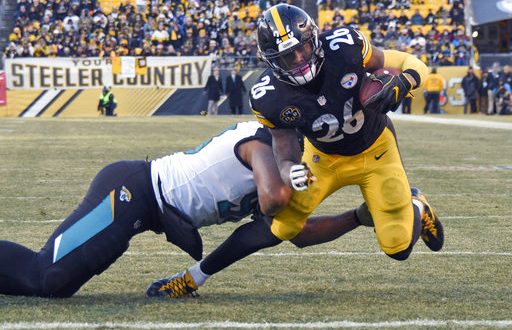 Free-agent Le’Veon Bell left Pittsburgh to find a new home with the New York Jets. After signing his first contract with the NFL in 2013, Bell has spent his entire career playing for the Steelers. The young running back expressed his excitement to start a new chapter playing for the Jets.

Bell signed a $52.5 million dollar contract with the Jets with an average annual salary of $13.1 million dollars a season. Guaranteed $35 million, Bell is the second highest running back in the NFL. The contract signified Bell’s return to the NFL, after his absence for the entirety of the 2018 season. Bell became a free agent in mid-March after the Steelers refused to offer him a long-term contract.

Bell conveyed his frustration with the Steelers many times in the past. “They don’t treat you like you’re human,” Bell told Sports Illustrated. “They don’t want to allow you to be yourself. They want you to be, if you’re a Steelers, you’re literally playing football 24/7.” The $52.5 million dollar contract signified the end of his discouragement , and the 27 year-old is thrilled to sign with the Jets.

Bell not only feels great about his decision to play for the Jets, but feels great physically as well.  The two-time Pro Bowl athlete attributes his renewed energy to his downtime during the 2018-2019 football season.

Selected in the 2nd round of the 2013 NFL Draft, Bell is consistently a top running back in the league. He rushed the third highest in the NFL, accumulating 1,291 yards in 2017. He also made three appearances in the Pro Bowl after only four professional seasons. Bell was named first-team All Pro, designating him as the best running back in the league in both 2014 and 2017.

Bell is thought to be key player in the success of the New York team as they continue to rebuild. With this new addition, the Jets are optimistic about the upcoming season and hope to make the playoffs for the first time since 2010.