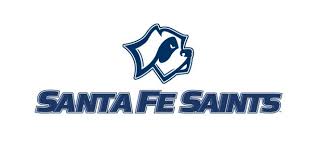 For athletes, playing the game is just half the battle. The other battle is mental.

The wrong mentality can hinder even the best athletes and for Santa Fe Women’s basketball Julie Fournier, she believes that an athlete’s full potential can only be reached with the mind.

Fournier has always had a passion for basketball, playing since she was in pre-K. As she grew up playing, she realized that the mental aspect of the game was very important in being the best player she could be. Fournier then grew a passion for psychology and decided to take her two passions of basketball and psychology and combine them into one. This is where her blog, Basketball is Psychology, started.

“I was first introduced to sports psychology my sophomore year of high school when I got injured and I was out for like six months.  I was like man I’m going to get so behind and then someone told me, you need to start using sports psychology, you need to use visualization,” Fournier said.

So Fournier did exactly that and while out, visualized herself running and playing basketball, building herself mentally. ” When I came back, it was like I didn’t even feel out of shape, I didn’t feel behind. I felt like I was way ahead of everyone and everyone was like wait what, what’s going on what were you doing?”

Fournier looked for a company that was dedicated to furthering the game of basketball in the psychological aspect, but she wasn’t able to find any.

“Those were my passions and I figured there must be something out there. It didn’t exist, so I was like I guess I’ll start it.”

Fournier created her blog, the first post dating back to November 2018, and since then the blog has taken off. Known nationwide, each post averages 1,000 views and one post called The Entitlement Cure: Not Everyone Gets a Trophy even has over 150,000 views.

Fournier emphasizes growing the mental game of basketball.”I think the psychological side of the game is really undeveloped and it’s underutilized and it’s extremely beneficial.”

She talks about how an athlete’s thoughts lead to feelings which then lead to actions.”My whole belief is that everything that you do doesn’t start with like oh I’m going to behave this way. It’s all from your thoughts and your thoughts drive how you feel and that drives how you act.

The 5’8 guard believes the blog has really helped her on the court.”I have to practice what I preach. I can’t preach about you know managing my emotions and then go out on the court and blow up on my teammates.

“It’s just made me more aware of my own actions in how I need to lead by example.”

Fournier, who is majoring in psychology,  averaged nine points a game for the Saints while shooting 70.4 % from the free-throw line.

Sasha Stein is a current UF student aspiring to become a sports reporter/broadcaster.
Previous UCLA Signee Reflects on His Time with Buchholz
Next Chris Bleich Craving Opportunity to Compete