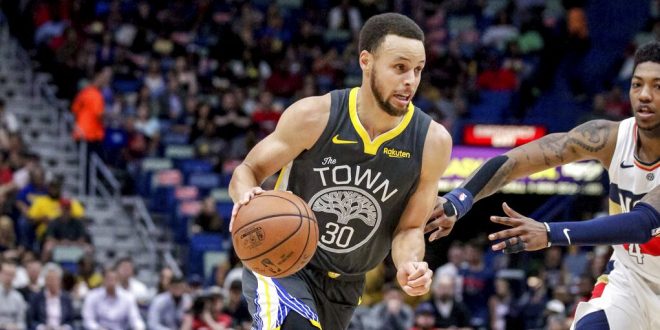 It’s the most wonderful time of the year for professional hoops fans. The 2019 NBA playoff bracket is finally set. In the western conference, all eyes lay on the reigning champions: the Golden State Warriors. The defending champs are looking for their third consecutive championship this year.

Here are the first-round matchups: 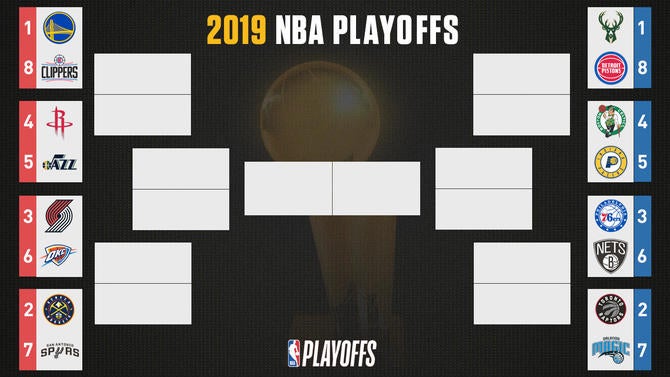 In the west, things wound up coming down to the wire. Some teams’ spots were switched at the literal last minute. The Trail Blazers 28-point comeback win over the Kings was a major contributing factor. Also, the Rockets fell from the No. 2 seed to the No. 4 seed, potentially leading to a second-round meeting against the Warriors.

The Golden State Warriors are going into the 2019 NBA Playoffs with the “threepeat” on their mind. It’s their fifth straight Finals appearance and, with rumors of a Kevin Durant departure, the last chance to witness Warrior domination.

LA is highlighted by a group of players that are fun to watch and a coach that is likable but means business. Young rising stars like Shai Gilgeous-Alexander and Montrezl Harrell are expected to put on a show. Even so, can the team can beat back a motivated and more experienced Warriors? Unlikely.

Kevin Durant discusses facing the Clippers in the first round of the playoffs:

The first “true” playoff matchup will be James Harden’s Houston Rockets against Donovan Mitchell’s Utah Jazz. Harden a great season. He averaged 36 points and sank 378 three-pointers on 1,028 attempts. Now, Houston is marked as having an offense and penalty heavy scoring style, but it’s been effective so far.

Meanwhile, Utah is said to play a more traditional style of ball, one cemented on an impenetrable defense and textbook offense. Although Mitchell is able to carry his weight on the team, Center Rudy Gobert just joined the rank of Wilt Chamberlain by shooting 65% from the field in a full season, collected 1,000+ rebounds, and scored 1,200+ points.

The Blazers are coming into the playoffs a little shorthanded. They lost center Jusuf Nurkic for the season and almost lost C.J. McCollum to a rough knee injury. Damian Lillard pushes onward for the Blazers, however, averaging 26 points, 7 assists, and 5 rebounds a game over the season.

Despite these stats, it may not be enough for the Blazers to overcome the Russell Westbrook + Paul George combo.

Westbrook is one of the most dynamic players in the league right now. For example, he averaged a triple-double for the third season in a row according to CBS News, something that had been done only once before in NBA history. If Paul George can bring a complimentary offense alongside Westbrook, the Thunder have a good chance to make it through the playoffs.

The Nuggets enter the playoffs coming off of one of their best seasons. They are led by an all-around Center in Nikola Jokic, averaging 20 points, 11 rebounds, and 7 assists per game. Jokic is joined by a capable squad of players who all averaged double digits in points as well.

The Spurs are coming into the tournament with a chip on their shoulder. This is their 22nd NBA playoff appearance in a row. San Antonio has one of the most effective teams in the league at the moment, highlighted by LaMarcus Aldridge, DeMar DeRozan, and Rudy Gay.