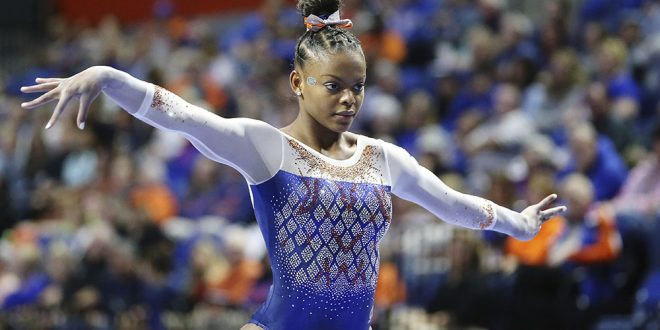 How They Got Here?

Overall, the team finished third in the final competition. They missed one of the two advancing positions for the championships.

Despite third place, these four Gators earned individual competitor spots for the championship at the NCAA Corvallis Regional by being the top in each event or winning the tiebreaker.

Looking Forward to Fort Worth

The Gators will be heading to the championship with new format changes to the competition.

Some notable changes for the meet include:

The four Gators will start competing at 7 p.m. ET on Friday, April 19 in the Semifinal II round.

Tune into the NCAA Championship starting at 1 p.m. EST on ESPNU.

I am a fifth-year journalism major, specializing in sports and media. My favorite sport to watch and cover are college and NFL football. When I'm not doing that, I enjoy hanging out with my cat, going to concerts and traveling.
@sportsabrina
Previous Masters Update After The First Round
Next NBA Western Conference Playoff Outlook