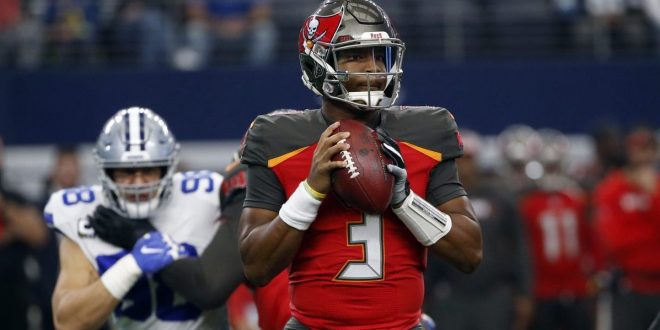 What Will Tampa Bay do with No. 5 Pick?

The Tampa Bay Buccaneers have been the definition of mediocre over the past decade. They have not made a playoff appearance since 2007 and have had one winning season since 2011.

Even with the major struggles, the Buccaneers seem to be headed in the right direction after signing Bruce Arians as their new head coach. Arians has had a plethora of success throughout his career, including earning AP NFL Coach of the Year in 2012 and 2014.

They currently have the 5th overall pick in the upcoming 2019 NFL Draft. They have numerous needs including defensive and offensive line, linebacker and defensive back. Arians seems set on riding Jameis Winston for now, so drafting a quarterback early in the draft seems out of the picture.

#Bucs HC Bruce Arians said that Jameis Winston “unbelievable” with how well he picked up the new offense.

There are three main targets that the Buccaneers should be focusing on. They are Alabama defensive lineman Quinnen Williams, Kentucky outside linebacker Josh Allen, and Houston defensive lineman Ed Oliver. All three fill positions of need and have an immense upside. With Kyler Murray and Nick Bosa expected to be drafted in the top five, one of these three elite talents should be available.

Quinnen Williams has arguably the most upside in the entire draft. He is dominant on the line of scrimmage and consistently collapses the pocket. Williams was ranked No. 1 in college football in pass-rush productivity and run-stop percentage. He doesn’t play on the edge, but he is a major force inside.

Josh Allen accumulated 17 sacks in his senior season, which is a school record at Kentucky. He has a very high football IQ and is a high-level pass rusher. Allen did not miss a single game during his four years at school, so he is extremely durable. He had 11 forced fumbles in his career and was considered the best linebacker in the best conference in the country.

The Buccaneers need secondary help, but there isn't anyone that warrants a selection this high. Allen is a dynamic and productive Edge-rusher. Noah Spence has been a disappointment, and Allen presents an upgrade. #FreestyleMock

Ed Oliver has elite athleticism and uses his low center of gravity to explode into blockers. He is very light on his feet and has exceptional body control. Oliver is also fantastic at getting past the offensive line, posting 53 tackles for loss in his three years at the collegiate level.

The Buccaneers can go in a number of different directions, but selecting either of these three players would not be a bad choice. They each have immense upside and fill major needs for an organization that has struggled to succeed.

We’ll find out on Thursday night what the Buccaneers ultimately decide to do with their first-round draft choice.