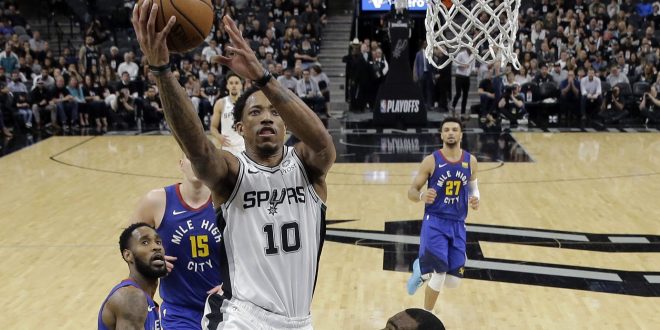 The Spurs defeated the Nuggets 120-103, their largest margin of victory in the series. The final score does not reflect how the full game, however, as it was close in the first half until the Spurs were able to pull away in the second, including a 15-2 run to start the 4th quarter.

It seemed as if we wouldn’t be getting any game sevens in the first round this year. The top-seeded teams in the East dominated the lower end of the bracket, Damian Lillard used the ice in his veins to send the Thunder packing in game 5, and the Rockets capped off a 4-1 series victory against the Jazz. However, Greg Popovich and the Spurs decided they weren’t ready to close the curtain on their long history of winning and forced a game 7 last night against Denver.

On the other side of the court, the Nuggets were led by their star center Nikolai Jokic. Jokic put up an insane franchise playoff high of 43 points. He also had 12 rebounds and nine assists. “My performance was the best of my career, but it wasn’t enough,” Jokic commented.

The Nuggets will look to defend home court in Denver for game seven. The game will start on Saturday, April 27 at 10 p.m. EST as both teams will look to get the victory and move on to play Damien Lillard and the Portland Trailblazers in the Western Conference Semi-Finals.

Lakers Stun the Heat in Game 1