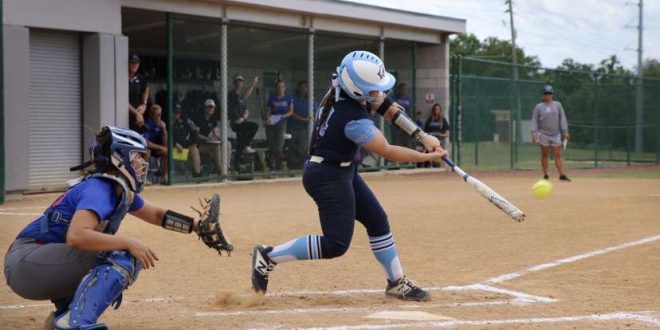 Jessica Parsells has been playing softball for as long as she can remember. Starting when she was young, her parents put her in T-ball and she has never looked back. The game of softball turned very quickly into something that she could not live without.

Before she developed her love for softball, Parsells tried out multiple different sports and did not find her passion in any of them. That was until she tried softball when she was nine and discovered her life long passion.

Aside from the sports competitive nature, Parsells loves that life lessons that softball instills in her. Being selfless and helping others are just two of the life skills that she says she developed from playing the sport she loves.

To see her in action at batting practice, check out the next video.

Parsells‘ time at Newberry High School is something that will always hold a special place in her heart. After growing up in Newberry, she says that it was nice to be able to go to a school minutes down the road and play with girls that she has always known. 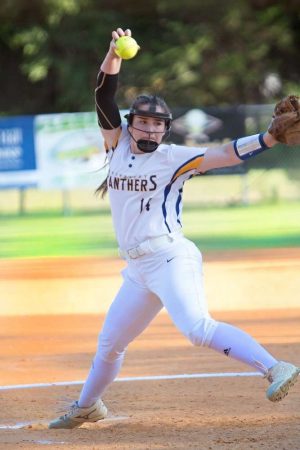 During her time at Newberry, Parsells racked up quite a few accomplishments. She was a four-year varsity starter for the Panthers and was named as one of the captains for her senior year. She racked up two player of the game awards for Newberry’s games at Williston and against Bronson.

Along with this, she was also named one of TV20 Sports Meldon Law Scholar-Athletes. She was also named most valuable player and defensive player of the year during her senior year. To top it off, she was also named to the second team big school Sun Area Softball team.  All of these titles came as she held a 4.5 weighted GPA, had 130 community service hours and was a member of the National Honor Society.

Deciding to play for Santa Fe was an easy decision for Parsells. Being able to stay so close to home and continue to play the game she loved gave her the best of both worlds. Even though she is only a freshman, her time playing for Santa Fe has been amazing and one of her favorite parts of it is the people that she gets to be around every day. 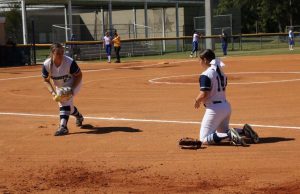 I really like the coaches. Coach Lindsay really pushes us to do our best. The girls, we’re all like a family and we all want each other to do great

Jessica doesn’t just impact the team in a physical way, she helps bring everyone together on the team. Head Coach Lindsay Fico says the greatest way that Parsells impacts the team is through her mentality.

Her hard work and dedication have not gone unnoticed by her team either. Sophomore outfielder Kaitlyn Bennett knows that Parsells has helped the team in more ways than one this season.

When asked about their favorite memory of Parsells from this season, Coach Fico and sophomore infielder Cameron Trehy found it hard to pinpoint one memory that truly stood out amongst the others. 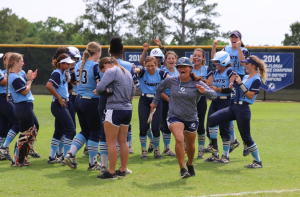 For the full interview with Jessica Parsells, click down below:

Previous Gators win rubber match, defeat Auburn on the road
Next FEATURE: Playing at the Next Level