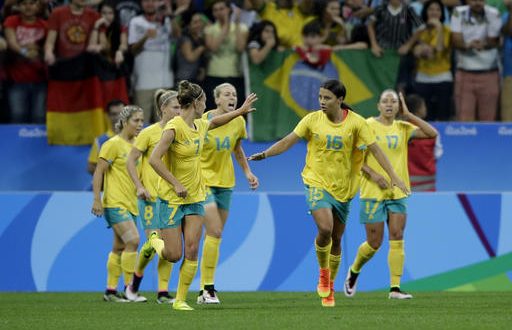 There are 24 teams playing in the 2019 FIFA Women’s World Cup. Of those 24, each team has a unique storyline. Group C, which features Australia, Italy, Brazil, and Jamacia, is no exception. While Australia and Brazil are favored to move on past the group stage, that does not mean Italy and Jamacia should be automatically ruled out. Find out what each team brings to the pitch:

Talent and technique are on The Matildas side as Australia prepares to face Italy. While the team from down under are one of the favorites of Group C, they are experiencing some internal dysfunction that could potentially affect their performance on the pitch in France.

So for the past few months, Ante Milicic, former Australia men’s team assistant coach, assumed this daunting role. So in the midst of preparing for the Women’s World Cup, the team and Milicic have also been trying to find unity within the team.

But how much will the coaching and Australian FA really affect the women on the pitch?

Tough to say now. But here are the facts: Australia has a star striker, backed by a very strong team.

Samantha Kerr. If you know soccer, you know her. The 25-year-old forward who plays for the Chicago Red Stars was named the captain for the Australian National Team. Coming to France, Kerr has scored 31 goals for her national team. If that’s not already impressive, the Fremantle native has won the past two NWSL and W-League golden boot awards. With this level of talent and determination, do not be surprised if you see Kerr throwing some backflips after scoring a goal.

It has been 20 years since Italy made its appearance in the Women’s World Cup. And honestly, it’s almost paradoxically…for the first time since 1958, Italy’s men’s team did not qualify for the 2018 World Cup.

So what is Italy’s goal? Advance to the knockout stage for the first time since 1991.

What Italy has to offer

Italy is most likely going to play a 4-4-2. While this is a basic formation, head coach Milena Bertolini has molded this team plays this formation extremely well. This formation is based on a series of partnerships and if Italy uses this well-oiled machine to its advantage, it has a strong chance of surviving the group stage.

Australia and the rest of Group C will have their eyes on Barbara Bonansea. To put her in perspective, FIFA.com once narrated her as “being able to balletically slalom past opponents on grass like Alberto Tomba did poles on snow, ” according to The Equalizer.

She’s versatile: she can operate as a midfielder or as a left or right winger. However, it is probable Bertolini will have the 27-year-old Italian star play as a left-winger. Bonansea will be the key for Italy. She’s known for dibbling infield and getting past players. Her agility and momentum will help break Italy’s functional formation which could, in turn, help them score more goals.

Injuries and losses have plagued the Brazilians entering Sunday’s match. According to Brazil’s head coach Vadao, 33-year-old forward Marta will most likely not play on Matchday 3.

The six-time world player of the year was injured last month as Brazil was preparing for the tournament. Marta has scored 15 goals throughout four attempts, holding the record for the most goals scored at a Women’s World Cup.

However, Marta’s absence is not the only problem Brazil is facing. Entering the Women’s World Cup, Brazil has lost eight straight matches.

While Brazil is one of the favorites to win, it will be interesting to see how the team will be able to perform without Marta and with such a bad losing streak on its back.

As fortune would have it, the women’s national team had a godfather. And while there was no “bippity boppity boo” magic, Hue Menzies–Jamaica’s head coach– dedicated himself and used his connections in Florida to help bring the program back to life.  But like all fairytales, the hero always has more than one person helping them combat adversity. In 2014, the program was able to restart thanks to the support of Cedella Marley who is the daughter of the late Bob Marley. Marley’s fundraising efforts eventually helped the team earn a spot in the Women’s World Cup.

It should come to no surprise that there are a few familiar faces on the lineup for the Reggae Girlz. Former Gators Havana Solaun and Lauren Silver are set to make their debut in France. You can check out this feature story on the two Gator stars here.

Bet you thought you would never see that on your screen?

But for the Jamaica national team, one of their standout players Khadija “Bunny” Shaw will join Solaun and Silver on the pitch. Bunny Shaw is a recent graduate from the University of Tennessee after transferring from Eastern Florida State College. The Vols alumna is expected to sign with a professional club in Europe this summer. The 5-foot-11-inch midfielder is famous for her physicality and speed on the pitch.

Brazil vs. Jamaica will follow starting at 9:30 a.m. ET