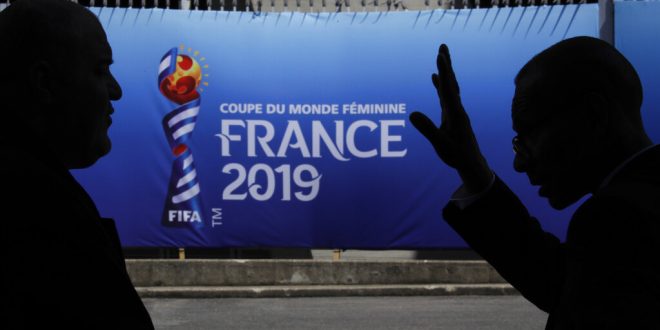 Group A: Norway vs. Nigeria

The reigning champions of the Africa Women Cup of Nations, Nigeria, is set to take on 12th ranked Norway. Given that, Both teams will look to join France at the top of Group A.

The 2019 Women's World Cup kicks-off in Paris tonight. Here in Reims two teams are looking to overcome disappointing 2017s – Nigeria who's federation didn't organise a single game for them that year and Norway who suffered a rare group stage exit at the Euros. @sntvstory pic.twitter.com/D1kh5KEgkh

Norway heads into this match-up between Europeans and Africans having beaten South Africa 7-2 in its last preparation match. Having said that, Nigeria wasn’t able to get even one goal past South Africa in the Africa Women Cup of Nations final back in December 2018.

Head Coach, Martin Sjogren, is the successor of Even Pellerud, Norway’s only manager ever to win a Women’s World Cup. The Swede had problems filling Pellerud’s shoes early in his spell with Norway.

To explain, Norway failed to win a single group-stage match scoring 0 goals in the 2017 UEFA Women’s Championship under Sjogren. Eventually, Sjogren and Norway managed to bounce back from the early and embarrassing exit.

Norway won 7 of its 8 FIFA Women’s World Cup Qualification matches finishing above the Netherlands in Group 3.

Due to Ballon d’Or winner Ada Hegerberg’s absence, the player to watch in this Norwegian side is Captain Maren Mjelde. In short, Mjelde who plays for Chelsea is an exemplified leader. The 29-year-old has capped 132 times for her nation.

Mjelde can play as a center midfielder, full back or Center back. Nevertheless, expect Mjelde to be brains of the team playing further back as a center back in this World Cup.

Mjelde will attempt to surprise the world and add a second World Cup to Norway’s trophy cabinet.

The Super Falcons have never missed out on a World Cup, although they have managed to make it out of group stages once before in 1999.

Like Norway, Nigeria’s coach, Thomas Dennerby is Swedish. Dennerby managed the Swedish Women’s team from 2005 to 2012. In brief, Dennerby helped Sweden reach a third-place finish in the 2011 Women’s World Cup in Germany.

Like Norway, Nigeria’s player to watch is its captain, Desire Oparanozie. The 25-year-old forward has 22 goals in 35 appearances for her country. Moreover, Oparanozie has scored 39 goals during her 5-year spell in Guingamp. Nevertheless, Oparanozie looks to score her first World Cup goal having failed to do so in the two previous tournaments.

Nigeria will hope to be the first African nation to reach a Women’s World Cup semi-final.

The match is set to start on Saturday at 3 p.m. ET in Reims, Stade Auguste Delaune.

Who wants more football? You do? Cool!

Here are the teams for #NORNGA, which kicks off in an hour…#NOR #NGA #FIFAWWC pic.twitter.com/lNEYCeinHy

Figuring out a plan to make it big in the soccer scene in the U.S. or anywhere else in the world. For now, I'm having a blast writing for ESPN Gainesville and learning a lot from managers and students around the workplace. I'm covering the TV beat for Gators Soccer. What a team! Follow me on twitter: @J_AguerrevereUF
@@J_AguerrevereUF
Previous FIFA Women’s World Cup Group B: South Africa Makes Its World Cup Debut Against Spain
Next Women’s World Cup: Group C Preview