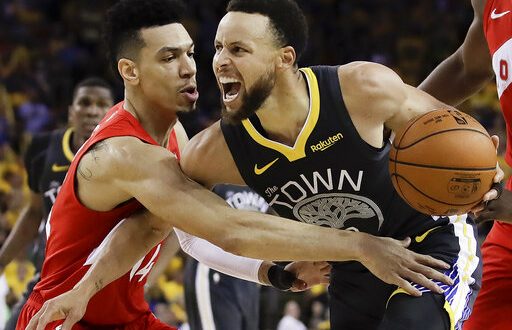 NBA Finals Game 6: Do Raptors Win Their First Ever Title? Or Do Warriors Force A Game 7?

Because this will be their last time there, all the Warriors want to do is have one last memorable game.

“I expect us to obviously come out and play as hard as we can,” Klay Thompson said. “We’re not even thinking about the future. We’re just thinking about enjoying this last show at Oracle we’re about to give our fans.”

Warriors’ Head coach Steve Kerr also talks about the good experiences they’ve had in the arena.

Homecourt advantage has not been a factor in this NBA Finals series. While the Raptors did win their first game at home, the Warriors were able to beat them in the next game hosted in Toronto. The Raptors then won back-to-back at Oracle Arena, giving them a 3-2 lead in the series. For Game 5, the Warriors were also able to get the win in Toronto, which brings us where we are today.

Kerr recognizes that the Warriors have to work hard on defense in this next game. He points out that the Raptors have a really good offense and that they must be able to stop them.

On the other hand, Kawhi Leonard says that these losses do not put him down; he is just focused on playing hard. Leonard mentions that they do recognize the errors they made in Game 5 and that they just have to learn from them.

The Toronto Raptors currently lead the series 3-2. Game 6 will be held in the Oracle Arena, where the Raptors will try to end the series and get their first NBA title, and the Warriors will fight to push for Game 7.

Camila is a senior at the University of Florida, who served as a beat writer for the women's basketball team from 2019 until the 2021 season. She was also a beat writer for the Gators football team during the 2020 season. Camila is also WUFT's news director as well as a sports reporter/anchor.
@CamilaMaffuz
Previous Blues claim first title in franchise history
Next Update On Kevin Durant