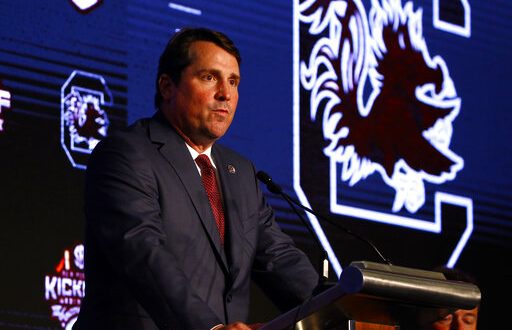 South Carolina Looks to Limit On Field Mistakes in 2019

South Carolina head coach Will Muschamp made it very clear at SEC Media Day that his team needs to take care of the ball more. Muschamp believes that reflects why South Carolina finished fifth in the SEC East last year. The Gamecocks did finish with a winning record at 7-6, but floundered when they had to go up against conference opponents. With a 4-4 conference record, Coach Muschamp thinks there is room for much improvement.

The roster has improved on both lines of scrimmage for South Carolina. The program wanted to focus more this season on gaining athleticism up front. This can help them take care of the quarterback. Will Muschamp is also looking to his seniors to fortify their defense. He believes that can be their strongest section of the team. Some seniors to look out for are Javon Kinlaw, Kobe Smith, and Daniel Fennell.

Muschamp Not Bothered By Rigorous Schedule

South Carolina kicks off their season on Aug. 31 when they play the North Carolina Tar Heels in Charlotte. Things do not get any easier for the Gamecocks when the play Alabama two weeks later. Muschamp and his team start conference play playing against three teams that finished above them in the SEC East standings: Missouri, Kentucky and Georgia.

This season, South Carolina can make a leap over Missouri and Kentucky since all three teams were only separated by one game in their conference record. If they can succeed against their non-conference opponents, then they can be discussed with the top teams in the conference like Georgia and Florida.

Previous Vanderbilt Football Looks to Take the Next Step in 2019
Next SEC Media Day: Kentucky’s Mark Stoops Excited for the Upcoming Season