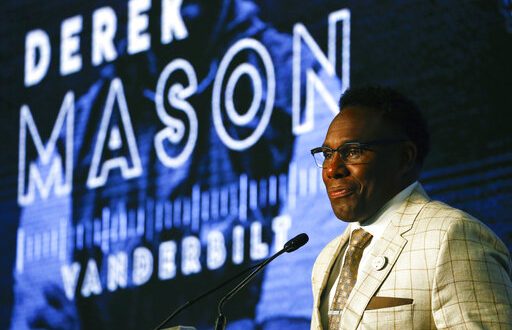 Vanderbilt Football Looks to Take the Next Step in 2019

After a 6-7 campaign in 2018, the Vanderbilt Commodores look to take the next step and become one of the premiere teams in the SEC. Vanderbilt’s football program was not a big threat in the conference finishing below .500 with a 3-5 record. Head coach Derek Mason wants to change the narrative of this program not just in Tennessee, but across the nation.

The team “up the road” that Coach Mason is referring to are the Tennessee Volunteers. Vanderbilt looks to beat them this upcoming season for the third year in a row.

Difficult Schedule From the Start

Right out of the gate Vanderbilt will be tested to go up against talented teams. Some of these teams include Georgia, Purdue and LSU. Georgia is no stranger to Vanderbilt. They are both in the SEC East and the Bulldogs dominated the division with a 7-1 conference record. Playing against these top tier teams can give Vanderbilt’s coaching staff a clearer picture on how the team can stack up to the rest of the conference.

Vanderbilt has put a primary focus on developing their younger players to make the next leap in their careers. The coaching staff is relying for the older players to be the coach’s voice on the field to guide the new players in the program. The Commodores have been looking to transfer students to provide starting caliber experience to the team and show the younger athletes how to make winning plays.

One of the players returning to Vanderbilt and has played a pivotal role on the team is running back Ke’Shawn Vaughn. Vaughn is entering his senior year and was a redshirt junior for the 2018 season. During that time, he was one of the elite running backs in the SEC. He had 103.7 rushing yards a game, which ranked second in the conference. He also led the conference with 10 rushes for 40 or more yards. Coach Mason is excited to have Vaughn’s offensive fire power return for next season.

With the 2019 season fast approaching, Vanderbilt looks to have their team ready to go to take the next step. Once again, the Commodores will have a very competitive and challenging campaign. The Commodores first game of the season is Aug. 31 when they host Georgia.