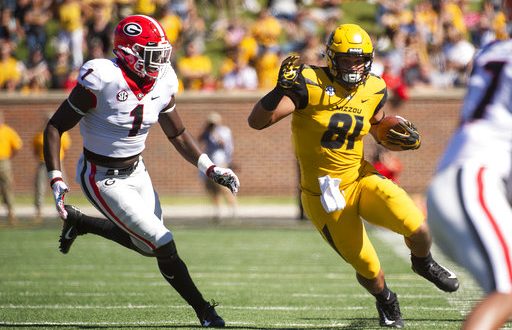 It hasn’t even been a week an already Brenton Cox is making a strong first impression. The Georgia transfer stepped on the practice field for the first time on Friday. In just a short time, he has shown his new teammates and coaches the type of difference maker he can be.

When going to a new setting, first impressions are everything. During his freshman season with the Bulldogs, Cox finished with 20 total tackles, two for a loss, and one sack in 13 games. In his first week with the Gators, Cox is making his name known. His pure athletic talent has already turned heads with his teammates.

Gators wide receiver Trevon Grimes complemented Cox on his speed and quickness. One of the biggest things that stood out to Grimes was Cox pulling off a move he’s never seen before.

Similarly to Grimes, Florida tight end Dante Lang had high praise for his new teammate. He said Cox’s presence on the defense makes both sides of the ball better.

What made the news of Brenton Cox’s decision to transfer to Florida was how quick it happened. Cox couldn’t take an official visit to Gainesville due to NCAA rules. Gators head coach Dan Mullen addressed how the unusual commitment came to be.

Based on his early performance reviews, the question of Cox’s abilities have been answered. Above all else now is the question: when can Cox contribute for the Gators? At his press conference on Monday, head coach Dan Mullen said the team is prepared to submit a waiver to the NCAA to make Cox eligible for 2019. Mullen is optimistic about their chances of getting approval from the NCAA.

“If you look at the other previous scenarios that are out there around the country, we feel there’s a good opportunity,” Mullen said.

After that, Mullen went on to say they’re not going to make the process public. They just want to do it the right way, according to Mullen.

Previous College GameDay, SEC Nation Going to Orlando for Florida-Miami
Next Mullen Knows A Leader When He Sees One