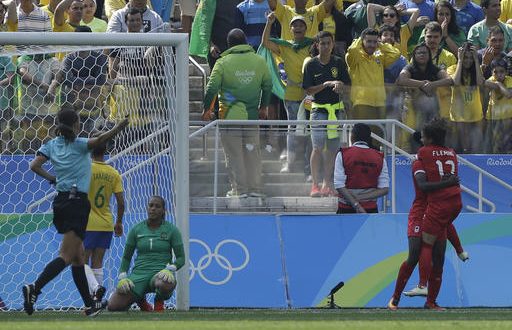 After opening the season with two victories from two games, University of Florida soccer heads to Los Angeles, where they face off against No. 5 ranked the University of Southern California on Thursday. The action then continues on Sunday, when the team plays No. 4 UCLA in the Gators’ fourth straight game on the road to start the season.

Junior forward Deanne Rose and goalkeeper Susi Espinoza have been standout performers at the start of the 2019 campaign. Both were instrumental in Florida’s first two games. The Gators defeated Florida Atlantic University in an overtime thriller in the season opener before shutting out No. 18 USF last Sunday to start the season 2-0.

USC has also opened their season with two wins from two games, thanks in part to their outstanding goalkeeper Kaylie Collins. The senior is the reigning Pac-12 Goalkeeper of the Year. She was named to the Mac Hermann Trophy watch list at the beginning of the season. The award is given to the top male and female college soccer players in the country.

The Trojans shut out their first two opponents, beating Hawaii and the University of San Francisco by score lines of 3-0 and 2-0, respectively.

USC is a powerhouse. The Trojans went 17-2-3 last season and made it to the Sweet Sixteen of the NCAA tournament, where they fell to eventual champions Florida State. In addition to Collins, six Trojans earned Pac-12 awards last season.

Versatile junior Tara McKeown has started the year strong, notching two goals and an assist in the Trojans first two games. Also, look for freshman Olufolasade Adamolekun, who played in the Women’s World Cup over the summer for Jamaica.

Like it’s Los Angeles neighbor, the Bruins also started the season with a pair of shutouts. They beat Iowa State in their home opener 3-0 before downing Long Beach State 1-0 on Sunday. UCLA also has a strong goalkeeper in senior Teagan Micah, who earned her seventh Pac-12 Goalkeeper of the Week award for her efforts thus far.

In the attacking third of the pitch, junior forward Ashley Sanchez has picked up where she left off last season. She scored one and assisted one against Iowa State, and tallied an assist against Long Beach State. Dating back to September, in her last 15 games, Sanchez has recorded nine goals and 15 assists.

Six Bruins played in the World Cup this summer, including Micah and senior midfielder Jessie Fleming. Fleming started all four of Canada’s games, playing 360 minutes in total, which were the most of any collegiate player in the tournament. Although they are opponents this weekend, Fleming and Deanne Rose are teammates on Canada’s national team.

What to Expect from the Gators

After being limited to ten games last season because of national team duty, Deanne Rose is back with a bang. She is the Gators top scorer so far, with three goals and an assist.

Despite victories in the first two matches, head coach Becky Burleigh acknowledged there are some things she wants the team to improve on as they head to California:

Additionally, freshman midfielder Ava Kuyken and defender Georgia Eaton-Collins, who both featured in the Gators first two games, will not be available for either of the California games. They were called up for England national team duty.

I'm a senior journalism student at Florida. I love sports, and I love covering sports. I'm one of the beat writers for the Gator soccer team right now, and if you follow me on Twitter @johnmiceli13 you'll never miss a soccer update
Previous College Football Preview: Oregon and Auburn Headline Week 1 Matchups
Next Tagovailoa, Alabama Open 2019 Season Against Duke in Atlanta